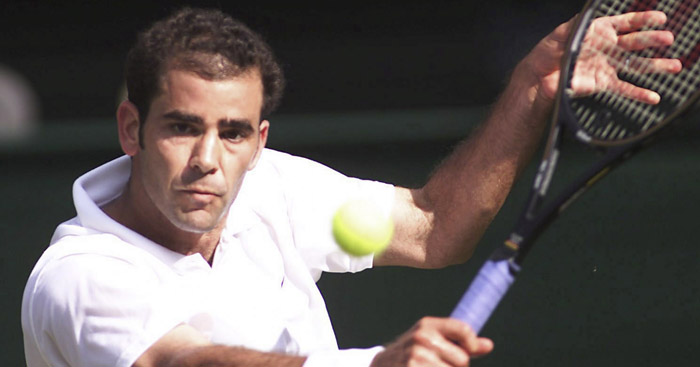 To celebrate the 31st anniversary of Pete Sampras’ ATP Tour debut, we paint a portrait of a legend in quotes.

Pete Sampras on tennis
“The difference of great players is at a certain point they raise their level of play and maintain it. Lesser players play great for a set.

“In tennis, you can make a couple of mistakes and still win. Not in golf. I played three rounds in that Tahoe event, and I was drained. Mentally, not physically.

“You kind of live and die by the serve.

“Pete Sampras in quotes, featuring brutal Andre Agassi blastIf Davis Cup was a little bit less or once every two years, I would be more inclined to play. But the way it is now, it is too much tennis for me.

“I don`t know why, but I love the dog eat dog nature of tennis. It`s real, it`s brutal and there`s no hiding place – it’s like a one to one street fight. I love the intensity that comes with knowing you walk off court either a winner or a loser. It`s daunting but very exciting. There is no one to blame except yourself, no one cares who comes second.

“Once the fifth set comes, it’s a matter of nerves.

“Winning is about taking your opponent’s heart out and squeezing it until all the blood has come out, even the very last drop. There are no prizes for a funny loser.”

“I let my racket do the talking. That’s what I am all about, really. I just go out and win tennis matches.

“A champion is supposed to hate to lose, and it wasn’t like I was ever crazy about the idea. But I learned to deal with losing without having my spirit or confidence broken, which would help immensely over time, not just in the big picture but even in specific matches when I found myself in a jam. Fear of losing is a terrible thing. 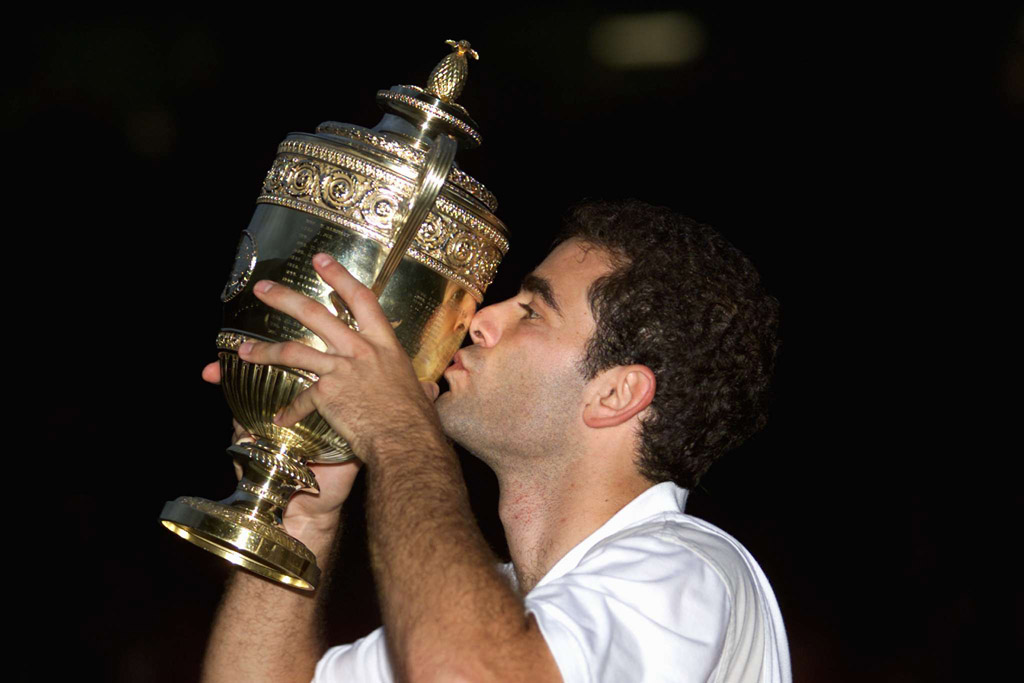 “Choking is being in a position to win, and then experiencing some critical failure of nerve or spirit. That never happened to me. And I can’t help but think it was because I was never afraid to lose.

“I loved Wimbledon and what it meant, but the surface felt uncomfortable. I just didn’t like it, I was a hard-court guy, a Californian kid.

“After I went through two years of not winning an event, what kept me going was winning one more major. Once I won that last U.S. Open, I spent the next six months trying to figure out what was next. Slowly my passion for the sport just vanished. I had nothing left to prove.”

Pete Sampras on rivals
“The way I look at the top five, (Rod) Laver, (Roger) Federer, myself, Borg and (Ivan) Lendl. I think those five guys dominated their generations better than anyone. Maybe Roger will dominate better than any one of the other four. Maybe I put Andre (Agassi) as kind of six through 10 with, you know, (John) McEnroe and (Jimmy) Connors, kind of those guys. That’s kind of how I see it.

“Is there one greatest player of all time? I don’t know. If you look at the numbers, you have to look at Roger [Federer].” 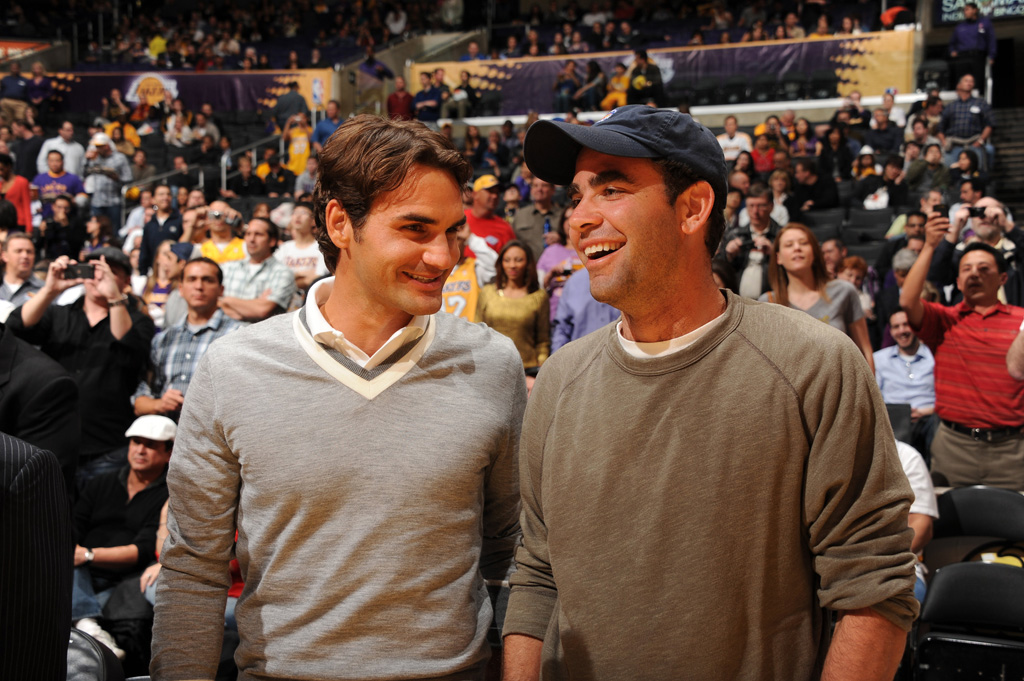 Tennis on Pete Sampras
“I envy Pete’s dullness. I wish I could emulate his spectacular lack of inspiration, and his peculiar lack of need for inspiration. We could not be more different, Pete and I.” – Andre Agassi

“His temperament in big matches is phenomenal.” – Rod Laver

“He’s got an insatiable desire to win.” – Jim Courier 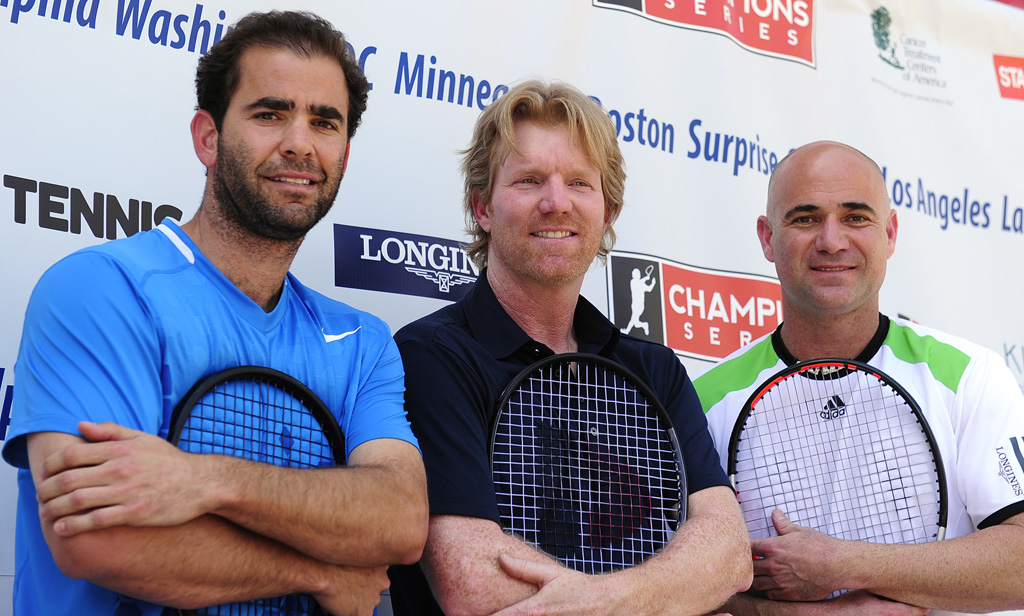 “He’s one of the great players of all time.” – Bjorn Borg

“People always ask me about the best players in the history and now they ask me even more, maybe because I’m closer to one of them. The best I played was Pete Sampras. Because of him I stopped to think to win Wimbledon. You have to take account that tennis begins with the only shot that does not depend by your opponent, the serve, and I think Pete Sampras has the best serve in the history.” – Boris Becker