The 2021 ATP Finals: When is it, draw, players, prize money and points, TV and video on demand channels 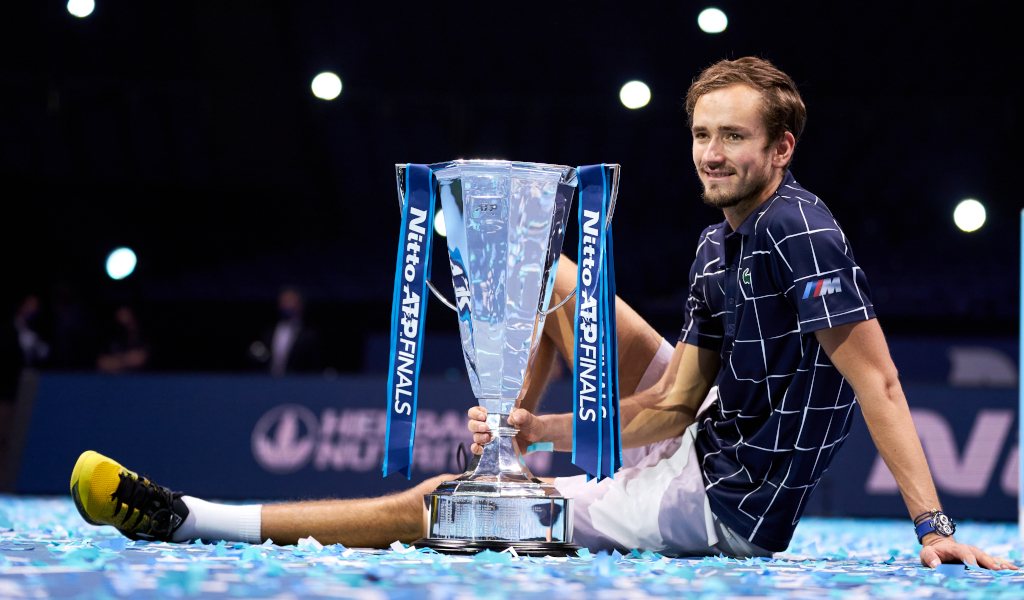 The ATP Finals will make its Turin bow this year with the season-ending tournament taking place in the Italian city for the first time.

The prestigious ATP Finals is the season-finale for the men’s tennis season and the top eight singles players and top eight doubles teams receive entry into the event.

Qualification is decided by ATP Ranking points over calendar year.

The first edition was held in 1970 and it went by the name of Masters Grand Prix before being renamed the Tennis Masters Cup, then the ATP World Tour Finals and finally the Nitto ATP Finals (let’s not forget the sponsors).

The composition of the tournament is different to other ATP Tour events as it is not a straight knockout competition with the last two men or doubles teams standing contesting the finals.

It features a round-robin phase as singles players and doubles teams are first divided into groups and they then attempt to qualify for the semi-finals.

If three players/teams are tied, a very complicated formula is applied, but that is very rare.

What about the dates for this year’s tournament?

The 52d edition of the season-ending ATP Finals will start on November 14 with the finals scheduled for Sunday November 21.

After the event was staged behind closed doors due to the Covid-19 pandemic in 2020, spectators will once again be allowed this year.

What about the venue?

After 12 successful years at London’s The O2 Arena, it was time for change as the Pala Alpitour in Turin will host the tournament until 2025.

Pala Alpitour, which cost €87 million (£75m) to build and opened its doors in 2005, is the biggest indoor arena in Italy and the flexible stands can hold up to 16,600 spectators.

Who are the chosen eight singles players and doubles teams?

World No 1 and five-time champion Novak Djokovic leads the way as he qualified as far back as July on the back of winning the Australian Open, French Open and Wimbledon.

He will be joined by reigning ATP Finals champion Daniil Medvedev and former champions Alexander Zverev and Stefanos Tsitsipas while Andrey Rublev and Matteo Berrettini have also competed at the event previously.

Hubert Hurkacz from Poland and Casper Ruud from Norway will be making their debuts at the season-ending event.

As for the doubles pairings, Croatian pair Nikola Mektic and Mate Pavic are the top seeds and will compete at the ATP Finals as a pair for the first time. They booked their ticket on the back of winning Wimbledon and three ATP Masters 1000 events.

American Rajeev Ram and Great Britain’s Joe Salisbury won the US Open and the Cincinnati Masters title while French duo Pierre-Hugues Herbert and Nicolas Mahut are seeded third on the back of winning the French Open.

Ivan Dodig from Croatia and Slovakian Filip Polasek won the Australian Open while Great Britain’s Jamie Murray and Brazil’s Bruno Soares finished runner-up at the US Open, and Germany’s Kevin Krawietz and Horia Tecau from Romania won one ATP 500 event.

What about the prize money and points on offer?

Which TV channels and video on demand services will broadcast the ATP Finals?

Amazon Prime Video is the go-to service in the United Kingdom while Tennis Channel will show the tournament in the United States.

Eurosport, Sky Deutschland, Sky Italia and Telefonica/Movistar will cover parts of Europe while beIN SPORTS has the rights for Australia and SuperSport will broadcast the event in Africa.

Of course TennisTV.com will carry the whole tournament online.