The BNP Parisbas Open, also known as the Indian Wells Masters, will have a different feel to it this year with the Big Three missing, but US Open champion Emma Raducanu will make her debut.

The joint ATP-WTA event, often referred to as the fifth major, usually takes early in the year, but it was pushed back until after the US Open due to the coronavirus pandemic.

Without further ado, here is all the information you need ahead of the tournament.

When does the 2021 BNP Paribas Open take place?

Following its cancellation in 2020, the hard-court was initially pencilled in for March 10–21 this year, but it was rescheduled due to COVID-19.

Where does the BNP Paribas Open take place?

The Indian Wells Tennis Garden, which is situated in near Palm Springs in California, will again play host to the tournament.

Tennis Garden contains 29 tennis courts – including the 16,100-seat Stadium 1 and the 8,000-seat Stadium 2. Stadium 1 is the second largest tennis-only stadium in the world after Arthur Ashe Stadium.

Sadly, some of the biggest names in tennis won’t feature at the BNP Paribas Open this year as the Big Three of Roger Federer, Rafael Nadal and Novak Djokovic as well as defending champion Dominic Thiem are absent.

Federer, Nadal and Thiem are out due to injury while Djokovic has taken an extended breather following his recent exhaustions.

What it means is no player in the men’s field has won the tournament with Andy Murray and John Isner coming closest as they have runners-up trophies.

Williams is still recovering from injury, Barty has decided to head home to Australia to see her family while Osaka is still on her hiatus. 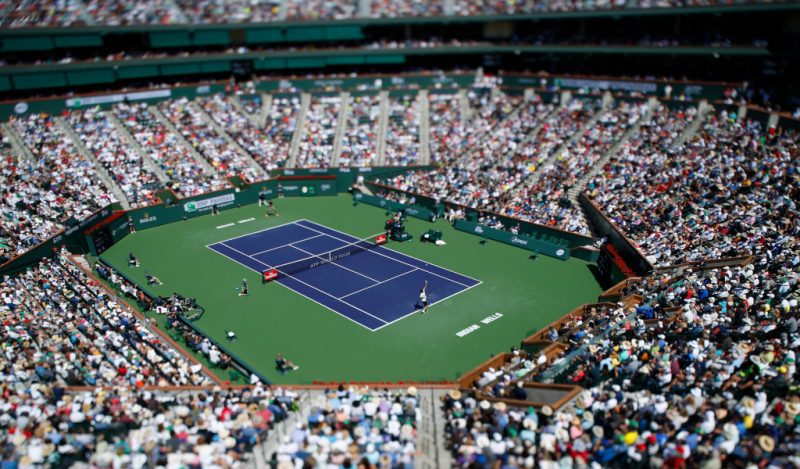 More about the high-profile wildcard entries…

Although Raducanu is ranked in the world top 30 following her fairytale run at Flushing Meadows, the rankings predate the US Open. It will be her first tournament since lifting the US Open trophy and will also be her WTA 1000 debut.

Murray will play at Indian Wells for the first time since 2017 while Clijsters returns after a 10-year absence.

Newly-crowned US Open champion Daniil Medvedev is the top seed on the ATP side with Stefanos Tsitsipas, Alexander Zverev, Andrey Rublev and Matteo Berrettini completing the top five with the seedings based on the projected ATP Rankings for October 4.

Dan Evans will be the highest-seeded British player as he is No 18 with Cameron Norrie seeded 24th.

On the women’s side, the seedings are based on WTA Rankings for September 27 and world No 2 Aryna Sabalenka leads the women’s field ahead of Karolina Pliskova, Iga Swiatek, Barbora Krejcikova and Elina Svitolina.

We know you were wondering so here you go, Emma Raducanu is seeded No 18 and she, along with the top 32, will have a bye into the second round.

The tournament was not held in 2020 due to the coronavirus pandemic which means Dominic Thiem and Bianca Andreescu are the defending champions following their wins in 2019.

Thiem won his first ATP Masters 1000 title when he defeated Roger Federer in the final.

Canadian Andreescu announced her arrival on the big stage when she won her maiden WTA trophy with a three-set win over Angelique Kerber.

Amazon Prime Video will broadcast the ATP and WTA main draw events in the United Kingdom and Northern Ireland with coverage set to start 20:00 daily.

A combination of beIn SPORTS, Eurosport, Sky Italia and Sky Deutschland will cover Europe and Australia.

The Tennis Channel has the exclusive broadcast rights for all domestic coverage in the United States while TSN is the go-to place in Canada.