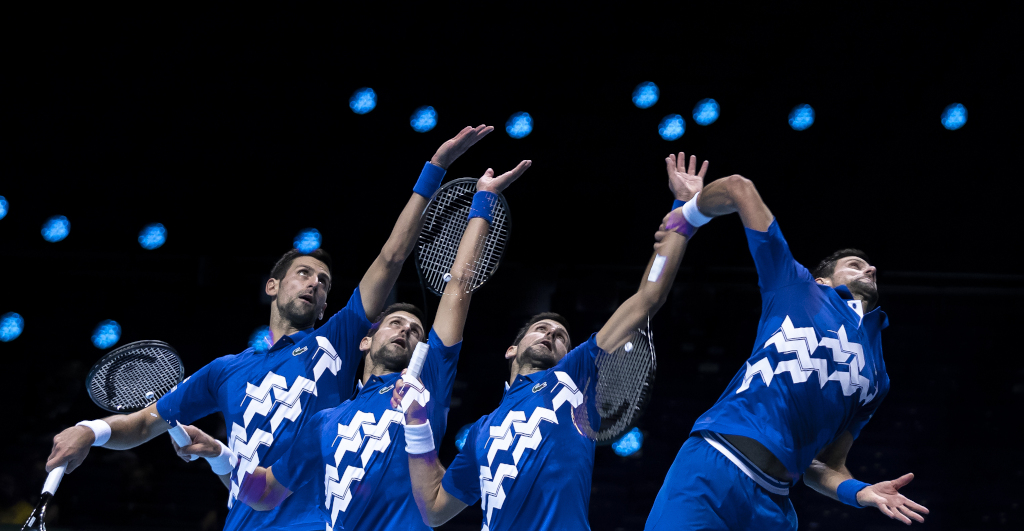 Novak Djokovic hit another milestone this week as he became only the second player to spend 300 weeks at No 1 in the ATP Rankings.

The 17-time Grand Slam, currently enjoying his fifth stint at No 1 in the world, has been top of the rankings since February this year and he currently leads second-placed Rafael Nadal.

Djokovic, who won four trophies in 2020 including the Australian Open, also secured the year-end No 1 ranking for a sixth time, equalling American great Pete Sampras’ record in the process.

The Serb has set his sights on Roger Federer’s milestone of 310 weeks at No 1 and he is now only 11 weeks shy of surpassing that figure.

“This is one of my two biggest professional goals,” he said earlier this year. “To reach the record of, [and] surpass Roger’s record for longest [time at] number one and win as many Slams as possible. I have been saying that before, so I’m working towards that.”

Djokovic first reached the top of the world rankings in July 2011 and spent 53 weeks in a row at No 1 with his second stint coming in November 2012 (48 weeks). His longest stint at the top was 122 consecutive weeks from July 2014 to November 2016 with his fourth stint starting in November 2018 and ending a year later.

This year’s period at the top, though, was interested by coronavirus pandemic as the ATP Rankings were frozen from March until August.

Djokovic, who finished the year with a 41-5 record, enjoys a handy 2,180-point lead over Nadal ahead of the 2021 season and he is expected to pass Federer’s record in mid-March.