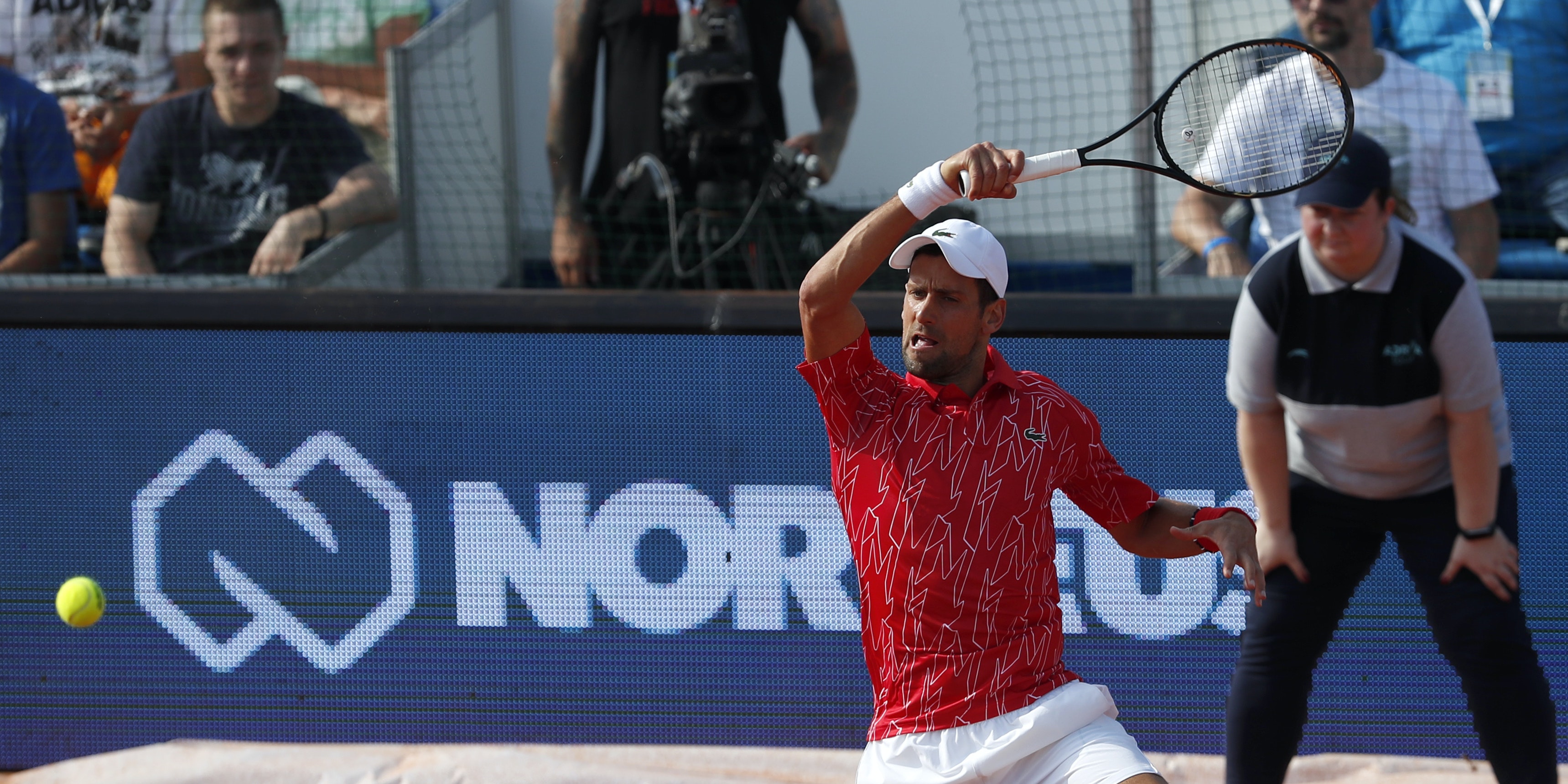 Novak Djokovic made a winning return at his own Adria Tour event in Belgrade, only to be upstaged by a ball boy before losing his second match.

The world No 1 was everywhere on the opening day of singles action at the exhibition series.

It is his eponymous foundation which supports the exhibition series, the opening weekend of which takes place at the tennis academy which bears his name and he was competing in the Novak Group.

The 33-year-old was well on the way to beating Victor Troicki in his first match of the day when his fellow Serb handed over his racket to a young court-side helper, who returned twice from a Djokovic serve before hitting a forehand winner at the net.

“He will remember that for a very long time!”

A moment to treasure for a ball boy at the #AdriaTour as he wins a point against world No 1 Novak Djokovic.

Troicki summoned the boy over and patted his shoulder, the latest example of the event’s lack of social distancing, which allowed fans to sit side by side in the stands, attendants to collect towels and players to hug and shake hands.

The moment of levity done, Djokovic broke to love to complete a 4-1 4-1 win. Grigor Dimitrov had earlier beaten Dusan Lajovic 4-3 3-4 4-1 in a high-quality contest, while Damir Dzumhur had to retire with injury early in his match with Dominic Thiem. Alexander Zverev bested Filip Krajinovic in a tie-break to settle a final-set decider.

But Krajinovic would return to get a win under his belt and it was the big scalp of Djokovic as he stunned the 17-time Grand Slam winner 2-4, 4-2, 4-1.

Nikola Milojevic was called up as Dzumhur’s replacement and will line up against Dimitrov in the evening session.

Meanwhile, the third event of the Adria Tour, due to take place in Montenegro at the end of the month, has been cancelled by local organisers.