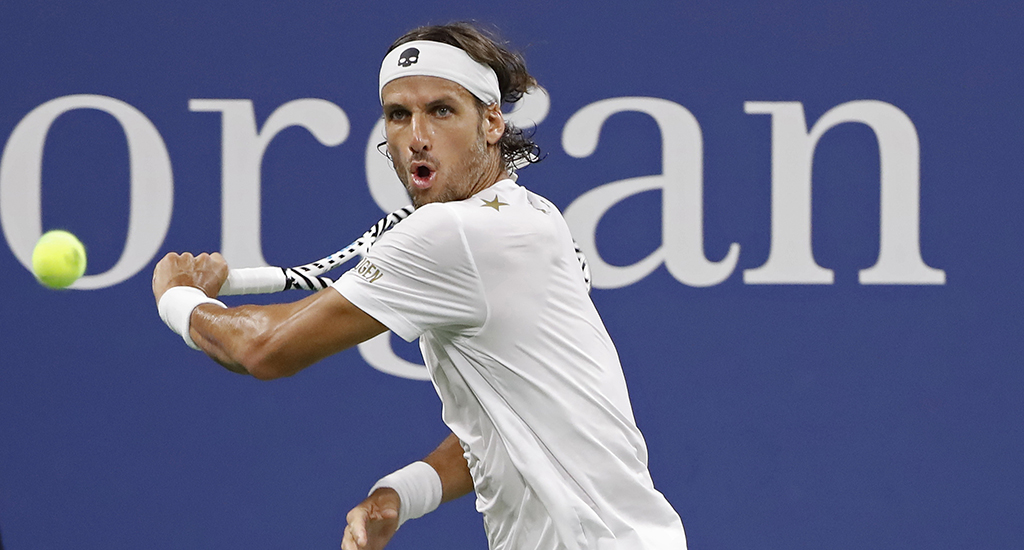 Feliciano Lopez continued to defy the ageing process as he won two matches at the ASB Classic in Auckland on Wednesday, beating top seed Fabio Fognini in the process.

Just as he had against Andujar, the 38-year-old rallied from a set down against the world number 12, serving 17 aces as he advanced in one hour and 58 minutes.

Lopez will next face Polish sixth seed Hubert Hurkacz, who was a 6-2 7-6 (2) winner over Swedish qualifier Mikael Ymer.

Third seed Karen Khachanov was another to fall as he was beaten 4-6 6-3 6-3 by local favourite John Millman, but second seed Denis Shapovalov avoided a similar mishap in a 6-4 7-6 (2) win over Canadian compatriot Vasek Pospisil.

Third seed Andrey Rublev continued his stunning start to the new season with a 6-3 6-3 win over American Sam Querrey in the second round of the Adelaide International.

Fresh from winning his third career tournament in Qatar last week, Rublev broke the big-serving Querrey twice in each set as he advanced to the next round.

Qualifiers Tommy Paul and Lloyd Harris progressed with wins over Pablo Cuevas and Laslo Djere respectively, while Albert Ramos-Vinolas and wild card Alex Bolt were the day’s other winners.