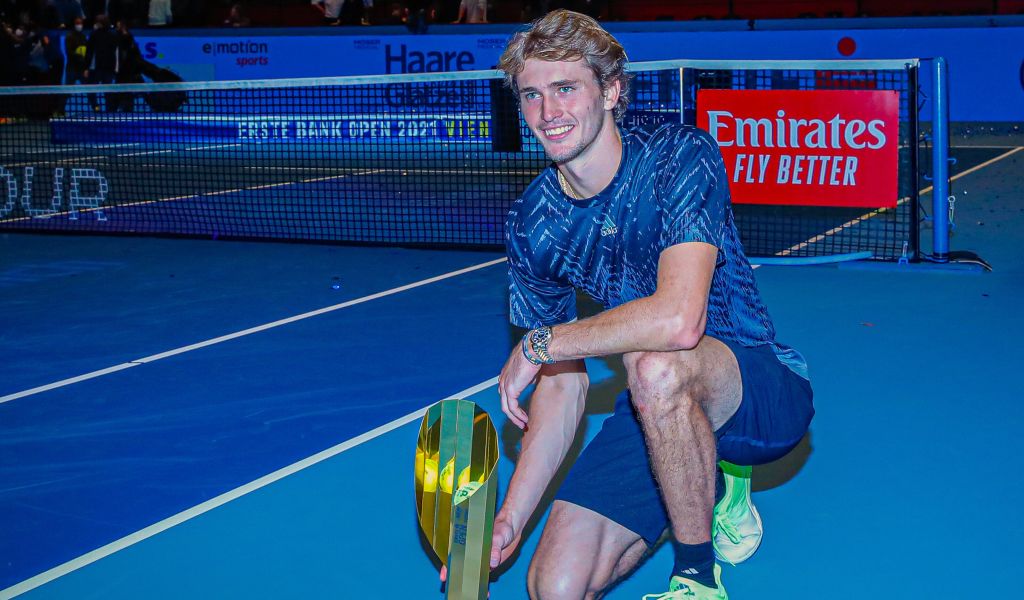 Alexander Zverev’s stunning year continued as he clinched his fifth title of the year at the Erste Bank Open in Vienna with a two-set victory over Frances Tiafoe.

The second seed saw off the American 7-5 6-4 in an hour and 36 minutes, with the quality of his hitting making him one of the favourites for the ATP Finals in Turin in November.

Amid an impressive performance, Zverev won 80 per cent (37/46) of his first-serve points as he blasted Tiafoe into submission to secure his victory in one hour and 36 minutes.

“He didn’t let me play the way I wanted to play, tactically he was very good,” Zverev said on the ATP Tour website.

Zverev found the breakthrough in the 12th game of the first set and continued to play dominantly, hitting eight aces on his way to victory.

Marin Cilic became just the sixth player to claim 20 tour-level titles when he won the St Petersburg Open with victory over Taylor Fritz in the final.

“During the whole week I think my level was really good. I felt that I can still get my game to a better level and it was a little bit similar today,” Cilic said.

Cilic was victorious on his previous outing in St Petersburg, back in 2011, and he rallied after falling one win short of victory in Moscow last week.