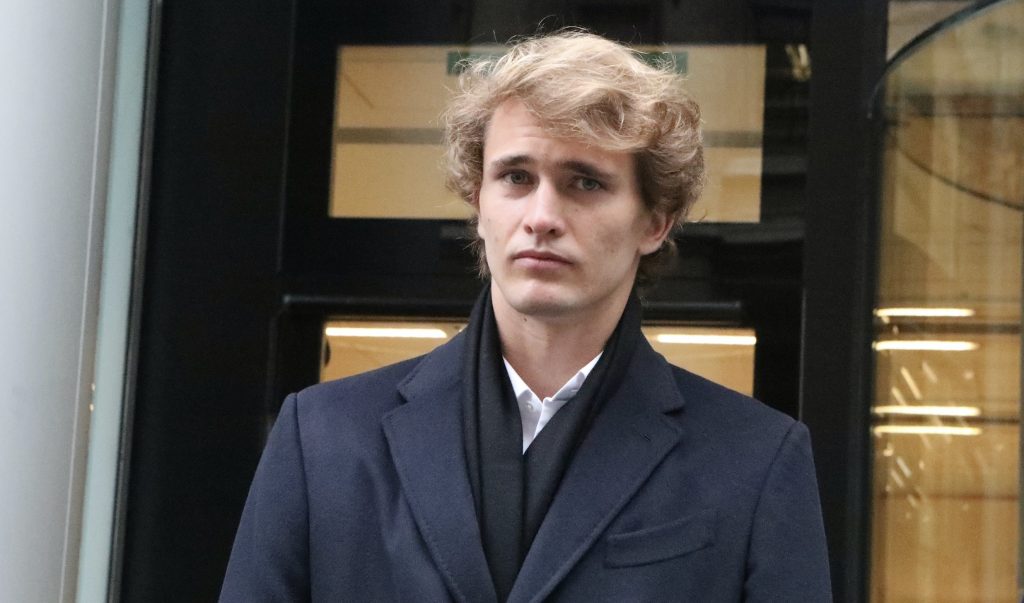 German tennis star Alexander Zverev has reached a settlement after being embroiled in a dispute with a London-based sports management company which began representing him when he was a teenager, a judge has been told.

Zverev, 23, had sued ACE Group International ad his former agent Patricio Apey and made a claim of “unlawful restraint of trade”, but ACE disputed his claim.

Judge Andrew Hochhauser was due to begin considering evidence at a High Court trial in London on Thursday, but barrister Anya Proops QC, leading Zverev’s legal team, told him a settlement had been reached.

Detail of the case had emerged at a pre-trial hearing.

Ms Proops said Zverev had tried to terminate the relationship, but ACE had denied his “right to do so”, saying the contract was not in restraint of trade.

The judge had been told that Zverev, currently ranked seventh in the world, had entered into a representation agreement with Ace in 2012, when he was 15.

Speaking outside the London courtroom, Zverev suggested he and his tennis playing brother Mischa wanted to learn from the experience to help young players ensure they did not get caught up in similar disputes with agents.

“I’ve talked about it with Mischa for some time now, we want to help the next generation a bit,” said Zverev. “The parents of younger kids, give them advice on how to operate with management and set up management deals. Look out for themselves before managers can take advantage.

“It’s an extreme sense of relief (that this dispute is over) as we have been dealing with this for two years now.

“It’s nice to know that I don’t have to wake up on a Monday morning and talk to these guys (his lawyers). It has been on my mind – my lack of performance in 2019, this was a big factor in it. I’m happy to be released from that.

“All the greats have to go through some issues and I hope this will move me closer to where I want to go on the court.’

Zverev’s Solicitor, Mark Stephens, described the contract as ‘onerous and unenforceable’ as he stated. “The case stands as a salutary warning to all young sports people everywhere to get wise professional advice before signing onerous contracts which may be expensive to extract themselves from.”

A statement from the ACE Group read: “It is sad that a successful working partnership which lasted so long has ended this way and that, unfortunately, many of those deals secured by ACE are no longer in place.

“ACE Group and in particular, Patricio Apey, is proud to have helped nurture and initially finance Alexander Zverev’s tennis career when he was 825 in the world and negotiated so many lucrative commercial deals for the player. We wish him well for the future.”