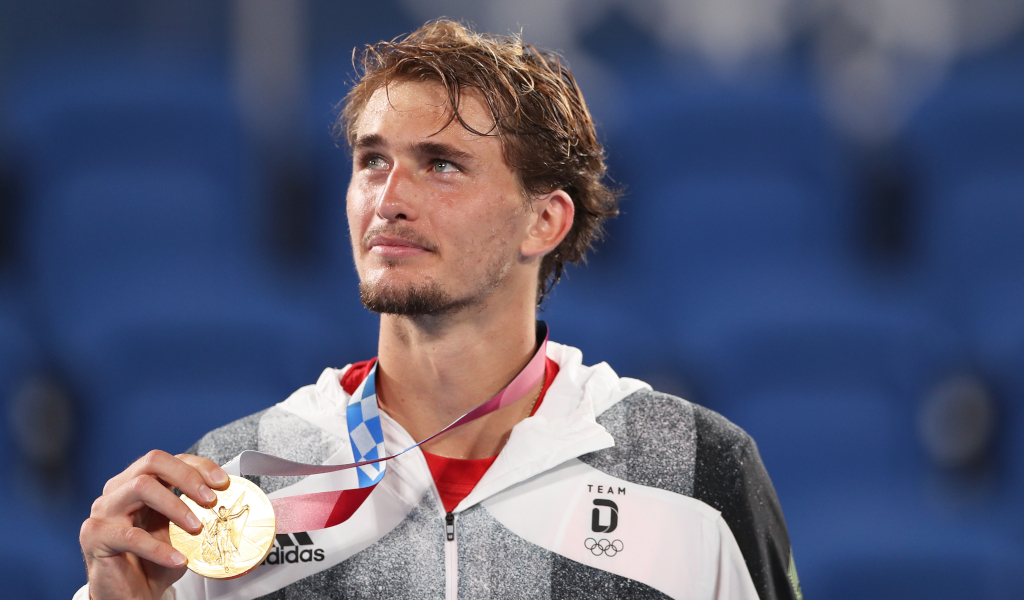 Still on a high after winning gold at the Tokyo Olympics, Alexander Zverev is hoping for more glory in the next two “big tournaments”.

The German enjoyed a glorious summer at The Games as he defeated world No 1 Novak Djokovic in the semi-final and then brushed aside Karen Khachanov in the final to win gold.

Naturally, he is still in dreamland after his success, but he insists he is “not satisfied yet”.

“Am I still on cloud nine now? Yeah, a little bit,” Zverev said. “Winning that medal is the biggest thing that can happen in any sport, because the Olympics are very special. You’re not only competing for yourself, you’re competing for a lot of people.

“It is a very special feeling. But I’ve got to get back to playing so I’ve got to forget that feeling a little bit and I’ve got to start working again and start competing again. I am extremely hungry. I’m not satisfied yet.”

He opted to take an extended break after his Olympics heroics, skipping the Canadian Open, but he will be back in action at the Cincinnati Masters this week before switching focus to the US Open, which gets underway at Flushing Meadows on August 28.

“I’m happy to be here. I’m happy to hopefully change how Cincinnati has usually gone for me. I’m looking forward to competing and proving that I’m still one of the best players,” he said.

“Yes, I know that I’m having a pretty good year, so I am extremely happy with that, but there is a Masters coming up and there is a Grand Slam coming up. Those are two very important and big tournaments.”