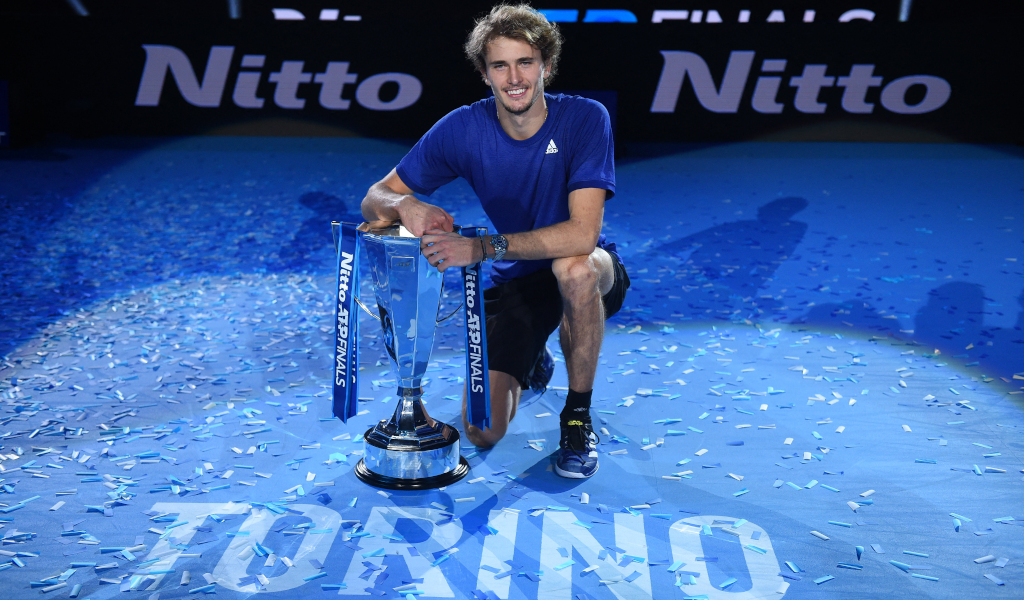 Alexander Zverev was named the 2021 German Sportsman of the Year on Sunday, but this isn’t the only accomplishment he’s achieved this season that he’s proud of.

The world No 3 beat Novak Djokovic at the Tokyo Olympics and the ATP Finals, and believes this signals that he’ll have a highly successful 2022 season.

“In the last six months it has been Novak, Daniil (Medvedev) and I who have dominated and I believe that we will follow that trend throughout the following season,” he told Sky Sports.

“I have gained a lot of confidence with what I have achieved this season, the greatest improvement I have made was mentally.

“I feel much more relaxed on the track and willing to show everyone what I am capable of – beating Djokovic in Tokyo and Turin has made me feel invincible.”

The Hamburg-born player had a standout season this year, winning a gold medal at the 2020 Olympics, achieving six ATP titles including the Madrid Open and claiming victory at the 2021 ATP Finals – joining only Rafael Nadal and Roger Federer on the list of players who have won multiple ATP Finals titles.

Caja Mágica – you are my happy place!🤗 Thrilled about winning my 4th ATP Masters 1000 title!🏆

Thank you everyone for the support! Muchas gracias Madrid 🇪🇸

However, Zverev has set himself even more challenging goals for 2022 and he is backing himself to achieve them.

The 24-year-old revealed: “I reached objectives when things were worse – if at the end of the day you do not believe in yourself, who will?

“There are two things I haven’t achieved yet, win a Grand Slam and become world No 1.

“I hope all this is already happening in Australia.”

The Western and Southern Open champion will start his 2022 journey in Australia where he’ll be representing Germany in the ATP Cup before embarking on his mission to win a Grand Slam later in January at the Australian Open at Melbourne Park.

But only thing stopping Zverev now is Covid-19 as that could derail his plans massively if he was to catch the latest variant, Omicron, especially as designated chartered flights for players and staff start to leave for Australia in just six days time, on December 27.

Hopefully he stays fit and well and can challenge for the major title when the competition starts on January 17.