Alexander Zverev gets ‘tough’ US Open final out of his system, hails ‘unbelievable’ Felix Auger-Aliassime 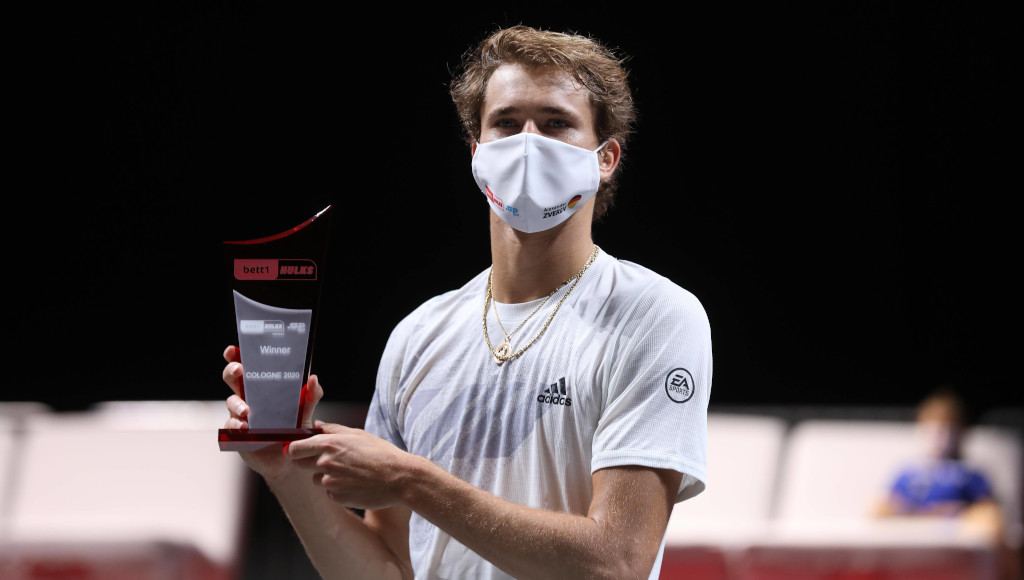 Alexander Zverev returned to title-winning ways in Cologne as he put his US Open disappointment to one side, beating “unbelievable player” Felix Auger-Aliassime in straight sets in the final.

Having lost the US Open final in five sets against Dominic Thiem, Zverev made a fourth-round exit at the French Open earlier in October.

However, there were no signs of a hangover in the final of the bett1HULKS Indoor event as he brushed aside young gun Auger-Aliassime 6-3, 6-3 in one hour and 20 minutes.

Home favourite @AlexZverev defeats Auger-Aliassime 6-3 6-3 to win in Cologne, his first title of the year!#bett1hulksIndoors pic.twitter.com/tOd8glOmbO

The title was Zverev’s 12th of his career while ensured he has now won an ATP trophy for five consecutive years.

“I had a very tough final in New York and the next final I played here I wanted to come out and obviously play my best tennis, finish the match,” Zverev said.

However, the German was full of praise for 20-year-old Auger-Aliassime as the Canadian’s search for his first ATP title continues after suffering defeat in his sixth final.

“Felix, you’re an unbelievable player. I know it doesn’t mean much right now, but I’m sure you are not only going to win one title, you’re going to win multiple, multiple titles in your career, bigger titles than this,” Zverev said. “We know each other incredibly well… you’re going to be lifting a winner’s trophy very soon.”