Alexander Zverev ‘in a positive mood’ as rehab begins 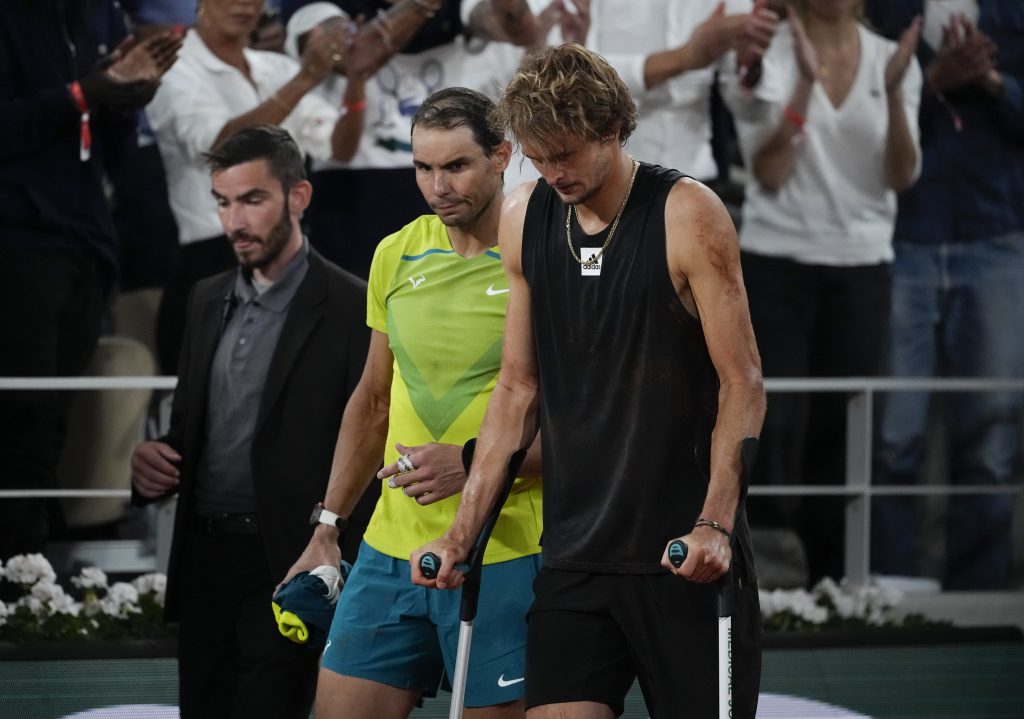 Alexander Zverev is set to begin rehab on his injured ankle next week and hopes to be fit enough to challenge for the US Open title later this year.

Zverev has already made it clear that he won’t enter the US Open unless he believes that he is fit enough to win the final Grand Slam of the year.

Injury struck at a cruel time, with Zverev not only enjoying a good season but also playing very well in his Roland Garros semi-final against Rafael Nadal when the incident occurred.

It was a huge blow to the man who had worked his way up to World No 2 on the ATP Rankings and might have pressed to become the top man on the tour had it not been for the injury.

His brother Mischa was on commentary duty when his injury occurred but has been by his brother’s side through the injury ordeal helping keep him motivated and upbeat.

Mischa said recently that his brother is in good spirits and they are able to share jokes about the situation.

“He’s training all parts of his body that are healthy,” Mischa told Sky Sports.

“He’s in a positive mood. We joke about his stiff foot.

“He’s smiling and looking forward to coming back.”

Serena Williams remains coy about her future after Wimbledon exit

Zverev doesn’t want to dwell on the injury but recalled recently how he heard something give way in his foot before feeling intense pain and being unable to get to his feet.

“Then I was in extreme pain, it was crazy. As if someone had shot my foot.”

It was revealed that Zverev had torn three lateral ligaments in the foot and would require surgery to repair the damage.

Zverev is expected to make a full recovery but has had to endure a frustrating period laid up resting following what was reportedly a successful surgery.

The 25-year-old has reached the last four in three of the four Grand Slams but is yet to win a Major having come closest in the 2020 US Open when he was runner-up.