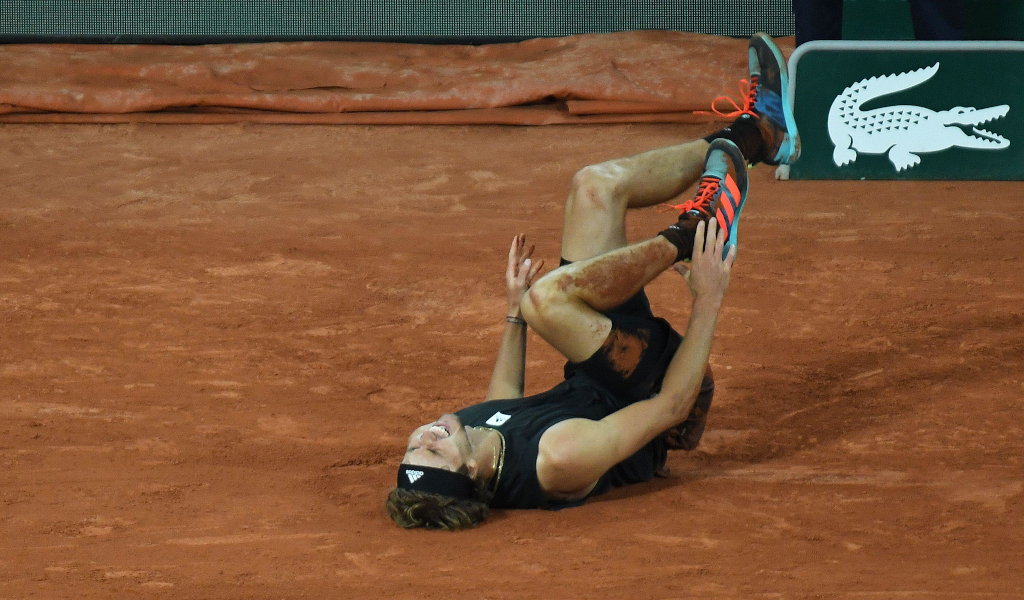 Alexander Zverev doesn’t know the full extent of the freak injury he suffered during his French Open semi-final against Rafael Nadal, but has revealed it is “a very serious injury”.

The world No 3’s hopes of reaching his maiden Roland Garros final ended in agony as his ankle gave way underneath him after he slipped during a rally at the end of the second set.

He fell to the floor and screamed in anguish and left the court in a wheelchair. He returned on crutches to confirm to the umpire that he would retire, giving Nadal a walkover into his 14th Grand Slam final.

In a video message on Twitter, Zverev said: “A very difficult moment for me today on the court.

“Obviously a fantastic match until what happened, happened.

“It looks like I have a very serious injury. But the medical team and the doctors are still checking on it. We will keep you updated and we will let you know as soon as we know more.

Nadal was leading 7-6 (10-8), 6-6 when the incident took place and the 13-time champion will be gunning for a 14th title in Paris when he takes on Casper Ruud in Sunday’s final.

The German added: “I want to congratulate Rafa, obviously. It’s an incredible achievement, a 14th final, and hopefully he can go all the way and make some more history.”