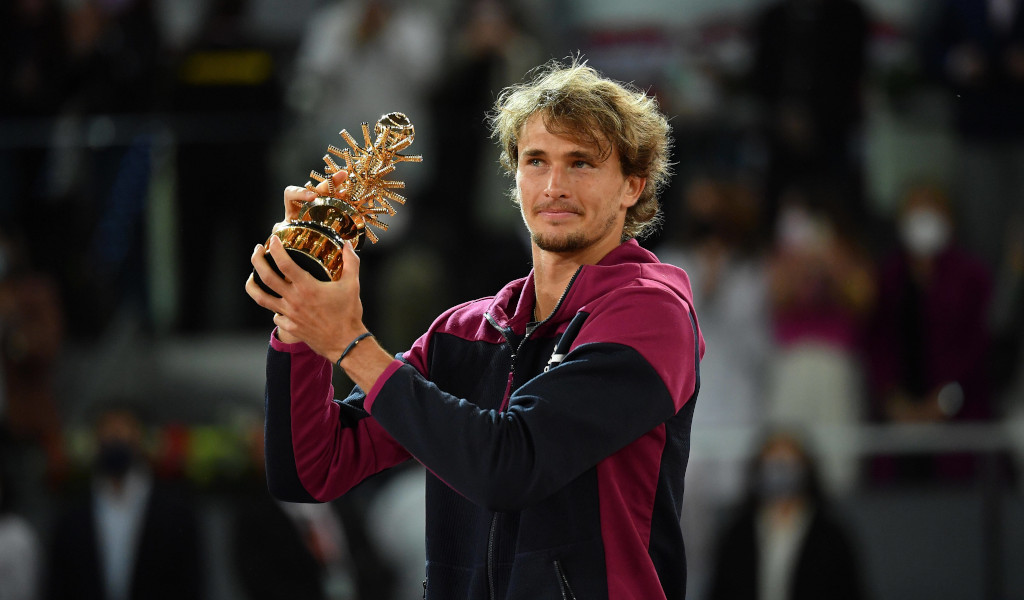 Now that he has ended his ATP Masters 1000 title drought, Alexander Zverev is hoping to add another one to his trophy cabinet next week before starting his assault on an elusive Grand Slam title at Roland Garros.

The German won his fourth Masters trophy, but first in three years when he beat Matteo Berrettini in the Madrid Open final on Sunday.

Caja Mágica – you are my happy place!🤗 Thrilled about winning my 4th ATP Masters 1000 title!🏆

Thank you everyone for the support! Muchas gracias Madrid 🇪🇸

Up next is the Italian Open and the world No 6 has enjoyed success at the event before as he won his maiden Masters title in Rome in 2017, beating Novak Djokovic in the final.

“Rome is also an event I like and enjoy, so I hope I can perform [in] the same way as I did here and we will see how it goes there. I feel awesome,” Zverev said.

His title run at Caja Magica included wins over 20-time Grand Slam winner Rafael Nadal – his first over the Spaniard on clay – in the quarter-final and Dominic Thiem in the semi-final.

Victories over two Roland Garros favourites have given him a big shot in the arm ahead of the red dirt Grand Slam, which starts on May 30.

“To do well at the French Open, you need to be playing well during the clay-court season,” Zverev, whose best displays in Paris are two quarter-final appearances, said. “That is in a way important for me, as well.

“At the end of the day I won a Masters. There’s really very little in terms of bigger than this one right here. I’m happy with this achievement. Obviously, yeah, I look forward to the next few weeks. I look forward to what’s ahead.”