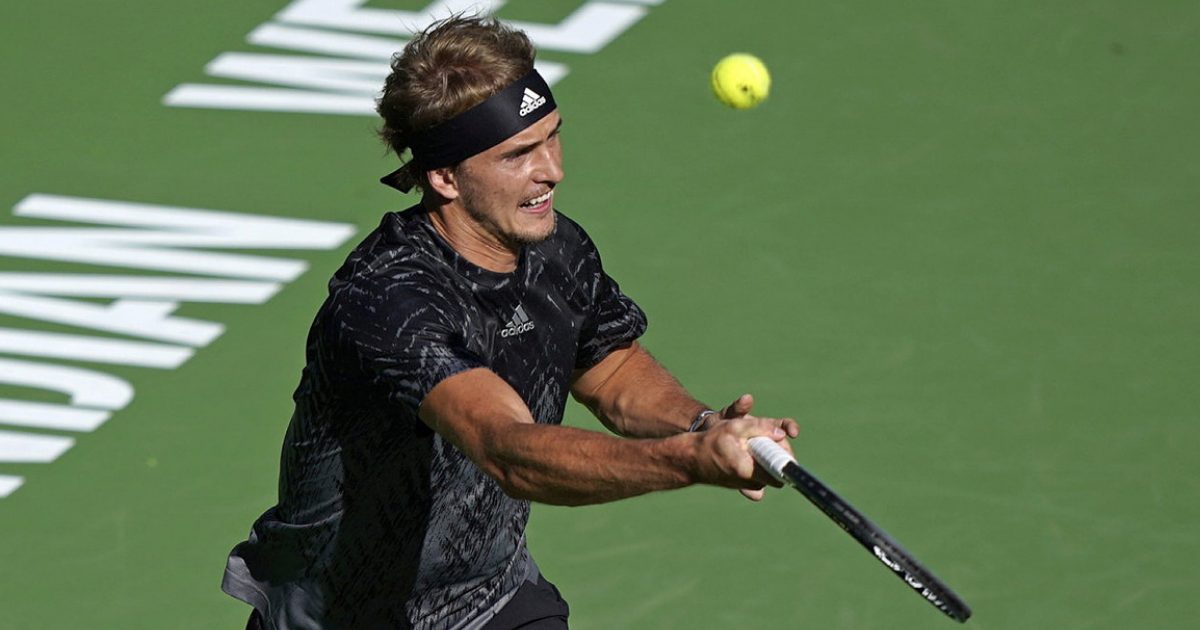 Alexander Zverev overcame American Jenson Brooksby in three sets to reach the third round of the BNP Paribas Open in Indian Wells and set up a blockbuster clash with Andy Murray.

The German got off to a strong start but stumbled in the second amid a wave of unforced errors, but he got his ground game back under control in the third to cruise home 6-4 3-6 6-1 and set up a clash with Murray, who earlier earned a three-set victory over Spanish rising star Carlos Alcaraz.

The win secured Zverev a place in the end-of-season ATP Finals in Turin, as he confirmed he was happy with his form.

“I’ve had my best season so far and I am really happy to have qualified,” Zverev said.

“I will be playing in Turin for the first time and I love competing in Italy in front of passionate fans. I have had good results in Italy and hope it will continue that way.”

He also looked forward to his match with Murray as he added: “I think he’s the only one of the Big Four I haven’t beaten yet, so I hope I can change that.

The world number 3 will next face Fabio Fognini after the Italian outlasted Germany’s Jan-Lennard Struff 6-4 4-6 6-3.

The upset of the day went to Spain’s Albert Ramos-Vinolas, who shocked Canadian seventh seed Felix Auger-Aliassime in straight sets to book a third-round matchup against Georgia’s Nikoloz Basilashvili.

He will meet Chilean 13th seed Cristian Garin in the third round after he disposed of American qualifier Ernesto Escobedo in straight sets.