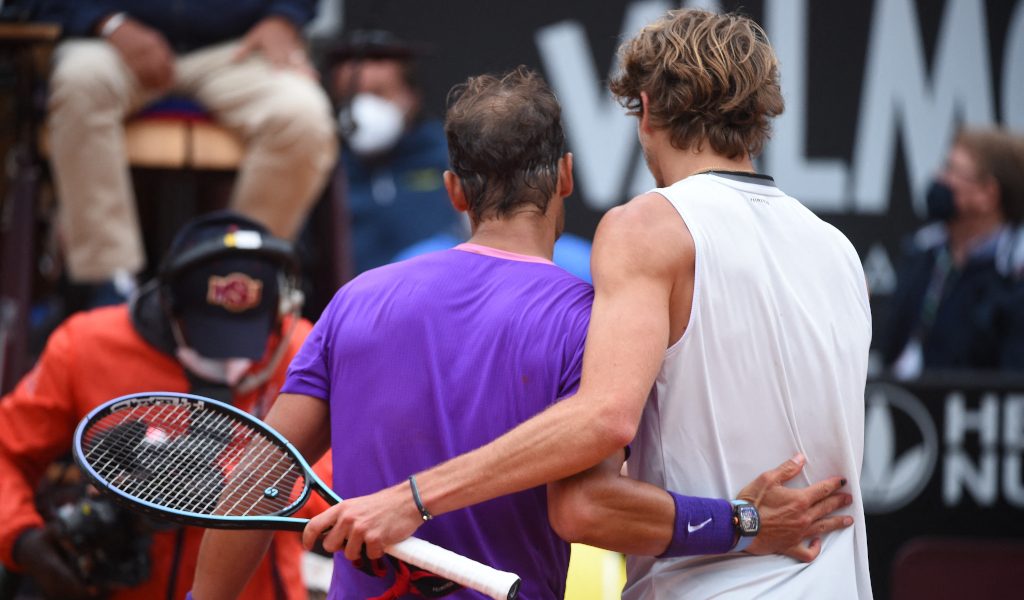 He has nothing personally against Alexander Zverev as he has “very good relationship” with the German, but Rafael Nadal believes the punishment for the world No 3’s action at the Mexican Open should have been stronger.

Zverev was withdrawn from the ATP 500 event after an extraordinary expletive-laden outburst against the chair umpire while he also hit the official’s chair several times with his racket.

He was fined and lost all his racking points while he apologised in the immediate aftermath of the event as the ATP also conducted its own review.

However, the powers that be opted to only hand him a suspended eight-week ban and an additional fine, but Nadal feels they should have come down harder on the 24-year-old players need to set “positive example” while the sport also needs to be protected.

“It’s so difficult to talk in my position because from one point of view, I have a good relationship with Sascha (Zverev)- I like him and I practice with him very often,” Nadal said.

“I wish him all the very best and he knows that he was wrong, honestly, and he recognised that very early.

“So that’s a positive thing in his side, in my opinion.

“On the other hand … if we’re not able to control and create a rule or a way to penalise this type of attitudes a little bit in a stronger way, then we as a players, we feel stronger and stronger all the time.

“We need to be a positive example, especially for the kids watching us.

“So from one side, I don’t want a penalisation for Sascha because I like him and I have very good relationship with him.

“In the other hand … I’d like to see something harder for this kind of attitudes, not only him, I mean in general terms because this protects the sport and protects the referees.”