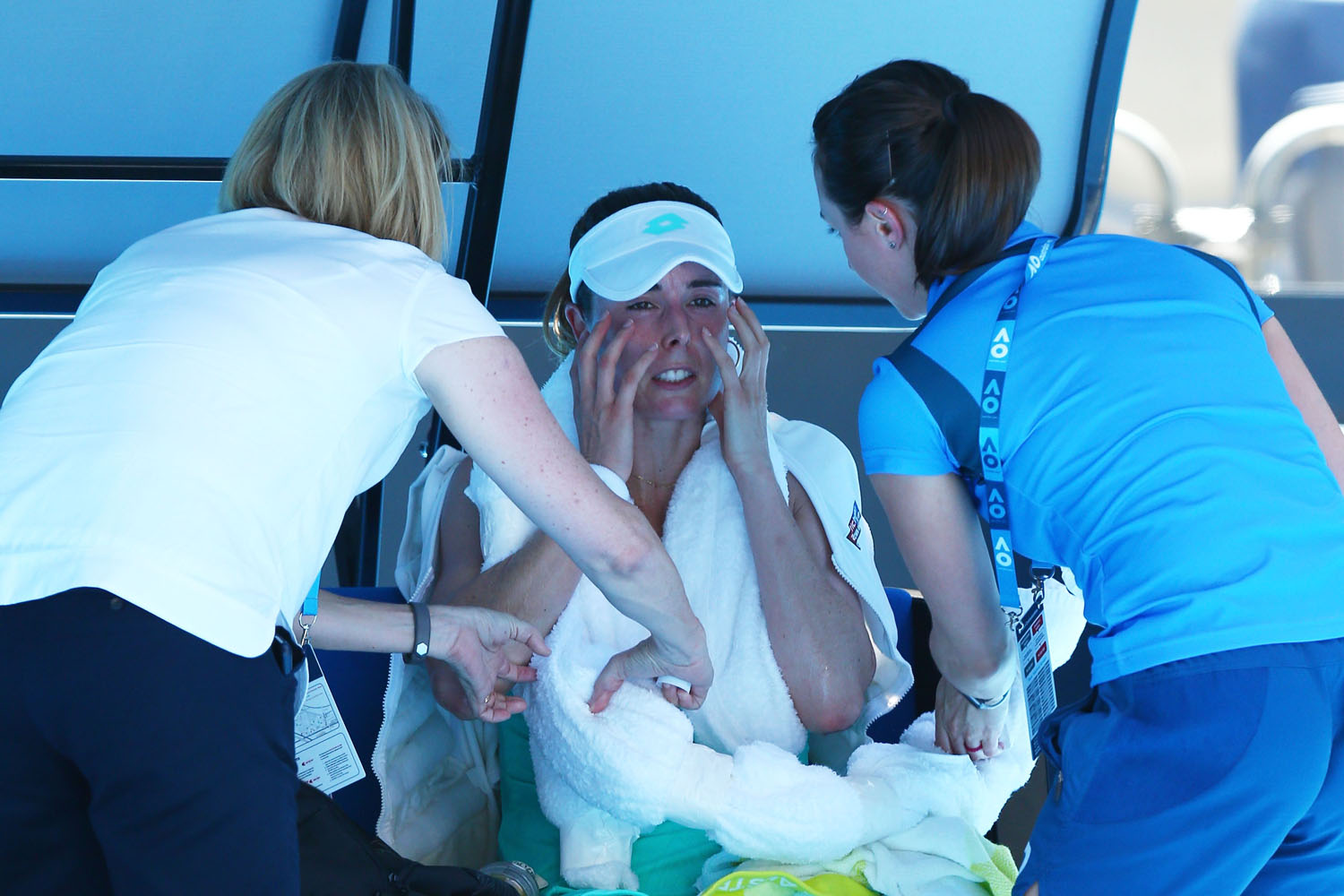 Alize Cornet is facing a possible ban from the International Tennis Federation after missing three out-of-competition doping tests in the past year.

On Wednesday, the French Tennis Federation confirmed that Cornet, who was knocked out of the third round of the Australian Open last week, was being investigated for the missed tests.

As a result she has been dropped from the French Fed Cup team to play Belgium next month.

Cornet was quick to defend herself on social media.

She tweeted: “Last October, I got a 3rd “no show” from the Anti Doping Agency and the ITF, which means that among the 20 anti doping controls that I had in the 2017 season, which were all negative of course, I missed 3 unannouched controls at home because of valuable reasons that the ITF didn’t want to hear.

“My case will be presented in a hearing in March that will determine the rest of my season.

“I will continue my tournaments normally til then, nevertheless I won’t be able to represent my country in the next Fed Cup event due to a clause in the ITF law.”