All eyes now on the US Open after enjoyable Wimbledon 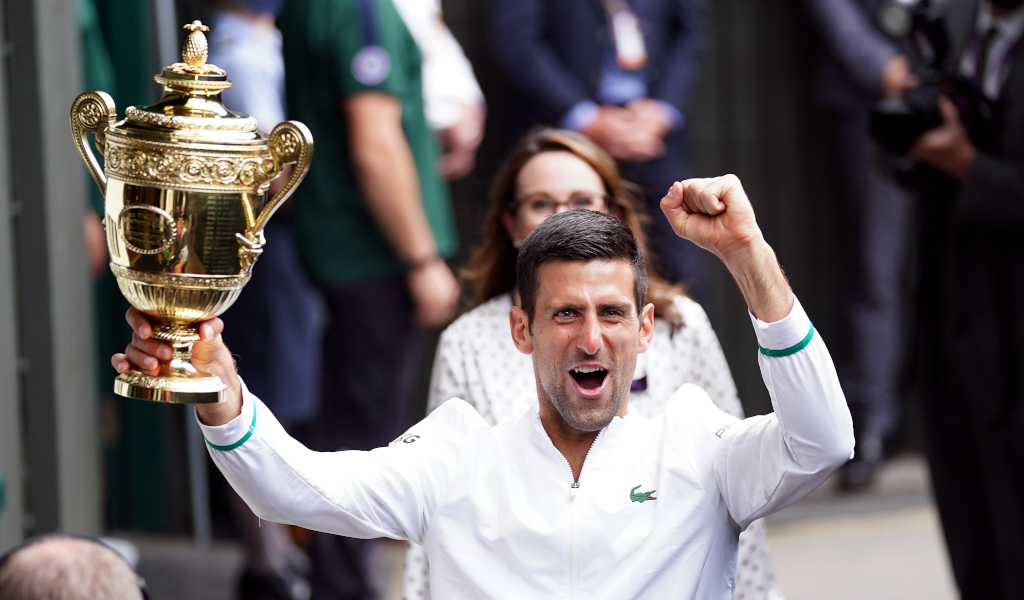 With the 2021 edition of Wimbledon now in the history books, another season of grass court tennis has reached its conclusion and with so much competitive action still to be played this year, the focus will quickly shift to a tougher playing environment.

That’s because we will soon move into the hard court part of tennis’ annual calendar and with three of this year’s Grand Slam now behind us, it is time for the much-anticipated US Open to once again step into the spotlight.

A tournament that will once again see 128 men arrive in New York in a bid to come out on top and with only one star able to reach the summit, another fascinating fortnight of world class tennis is soon to appear on the horizon.

With just a month or so until the first ball is served in anger, the discussion is quickly moving towards just who will win the Men’s version of the tournament and whether last year’s winner can earn back-to-back titles.

That man is none other than Dominic Thiem and after getting the better of Alexander Zverev in last year’s final, the Austrian ace completed an incredible comeback after losing the first two sets of the showpiece event.

After Zverev won the first two sets by a score of 6-2 and 6-4, it would have taken an incredibly brave person to bet against the German winning the 2020 US Open. However, tennis is a sport that can see momentum change in an instant and that is exactly what happened nearly 12 months ago.

In a situation such as this, the third set is absolutely pivotal. Another success for Zverev and the column inches will be written on the topic of a straight sets whitewash, while a foothold in the game is what Thiem desperately needed.

A foothold that he desperately found after winning the third set 6-4 and after breaking the serve of his fellow finalist, he seemingly also broke his spirit at the same time. Because from there, the German was never quite the same player who started the match at a lightning-fast pace.

A 6-3 turnaround in the fourth set from Thiem, meant the unlikely had come about and with a fifth and deciding set now required, it would eventually see something that had not been witnessed since its introduction 50 years prior.

That being a victory via the means of fifth set tiebreaker and with the momentum edging further away from Zverev, he would end up a rather dejected figure after losing the 13th game of the set by eight points to six.

Dejection for the Hamburg born fifth seed, jubilation for the second seed born in Wiener Neustadt and after riding that jubilant wave for almost a whole year, many are wondering if Thiem can soon do it all over again.

Looking at the odds provided by Fox Bet a top online bookmaker, there is a considerable chance that he will. Although with him currently only the fourth favorite at the time of writing, there is a feeling that such success may end up evading him.

Some quarters will argue that last year’s winner is only a paper champion and the reason for such a standing is because Novak Djokovic was not in a position to contest matters at the business end of proceedings.

The Serbian star was ejected from the competition after an in-game infraction during his fourth-round clash with Pablo Carreño Busta and after striking a lineswoman with an errand ball, he would no longer play a part in the tournament.

At the same time, you can only beat what is in front of you and therefore it would be unfair to do either of last year’s finalists a disservice by cheapening their efforts in being the last two men standing in New York.

However, Djokovic is ready for revenge from a sporting point of view and the only way for revenge to be served, is by returning to the summit for the first time since his 2018 straight sets win over Juan Del Potro.

While the bookmakers are certainly confident of such a feat happening and with the 34-year-old currently the favourite at odds of 11/12, there could well be a US Open redemption story that unfolds within the next few weeks.