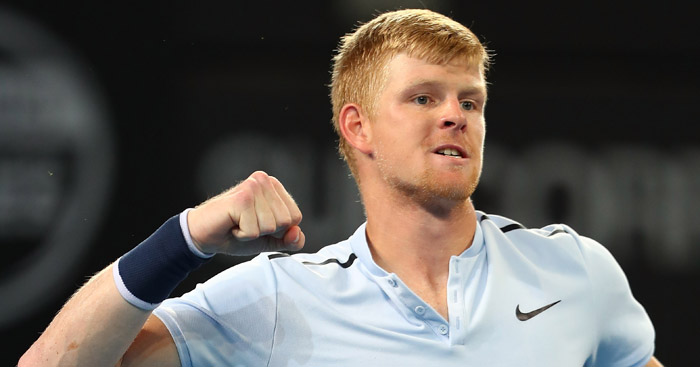 Kyle Edmund has set himself the target of breaking into the world top 20 this season.

The 22-year-old British number two has had a frustrating stagnation in the world rankings over the last year, but he believes he has plenty of time on his side and experience is more valuable than anything right now in his career as he continues his quest to fine tune his game.

“It was okay,” said Edmund of his performance in 2017. “I definitely would have liked to have done better. I finished the year in 2016 at 40 something, finished this year at 50 so I maintained my ranking.

“I’ve got another year of experience on the tour so I learned a lot.

“I’ve been in three or four semi-finals of tour events now so of course, you want to be winning the biggest tournaments in the world.

“[But] the biggest thing for 2018 is getting up the rankings as much as possible and that is about turning those close situations in my favor.

“I haven’t changed too much in training; nothing drastic has happened. On and off the court it’s constantly making little adjustments and fine tinkering.”