Analysis: Grigor Dimitrov’s apparent endless decline down to struggles of identity, not quality

As Grigor Dimitrov continues to struggle for form, Michael Graham offers one possible explanation for his seemingly endless slide down the rankings.

The Monte-Carlo Masters threw up a fascinating match-up on Thursday, as Rafael Nadal faced off against Grigor Dimitrov for a spot in the quarter-finals.
Nadal came out on top, as he tends to on clay regardless of the opponent, but it wasn’t ever really going to fascinating from a contest point of view anyway.

What is really striking about when you compare these two is their respective identities as players.

Now, if you were to ask someone to describe Nadal and his game for you, very few even casual tennis fans would have little trouble.

Phenomenal athlete and court-coverage, devilish top-spin action on the forehand, aggressive striker of the ball, and outrageous well-suited to clay-court tennis.

Further probing would likely see people able to tell you about who Nadal is too. The obsessive-compulsive disorder, the fierce will-to-win, the way he looks like a close relative has died every time he loses a single point, and so on.

However, what of Dimitrov? It’s really not easy to pin down the Bulgarian to any real easily-accessible description. His identity as a tennis player is a little muddled, and it’s really started to show in his game in the last two years.

Dimtrov should, after all, be enjoying his best years now at the age of 27. He should be in that lovely sweet spot: old enough to be polished yet not so old that your body has started to fail you.

Reality is, though, he is nowhere near.

In 2017 Dimitrov won the ATP Finals but last season was a disaster for him. In fact, he won just 55% of his matches (compared to 72% the year before). He started the year ranked third in the world, he finished it ranked 19th.

Today he sits at 28th in the rankings, and that may fall further after failing to defend the ranking points he earned by reaching the semi-finals in Monte Carlo a year ago. 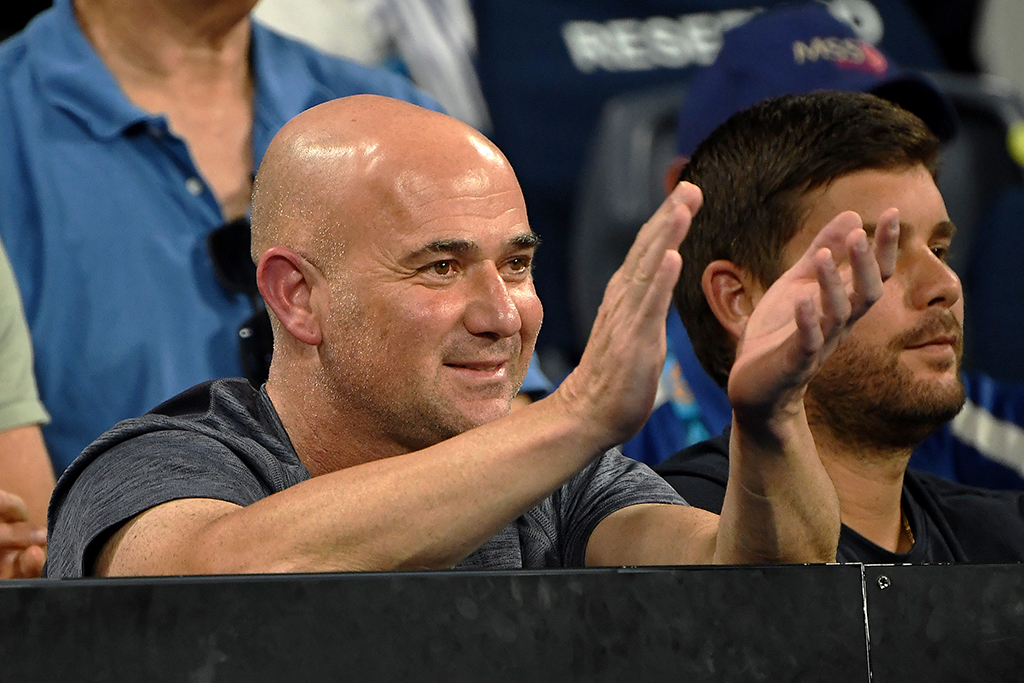 He, of course, has attempted to change that by adding Andre Agassi to his coaching team as a consulting coach, but that is yet to really bear any fruit, and interestingly it may just be part of the problem.

Since turning pro in 2009, Dimitrov has had six different coaches. Only the current incumbent of the position, Daniel Vallverdú, and Roger Rasheed have lasted more than a year, and even now you could make a case for Vallverdú’s influence being diluted by the additional voice of Agassi.

And, looking at his game right now, you actually start to wonder whether that is the problem, especially when juxtaposed with Nadal and his two coaches in  nearly 15 years as a pro.

Dimitrov is talented but often looks more like a raw youngster than seasoned pro. Flashes of brilliance punctuate the more numerous rough edges.

It’s best highlighted by his most costly rough edge of all – his serve.

The Bulgarian’s serve has been failing for some time now. Far too regularly he has struggled around the 50% mark for first serve percentage and, even more damagingly, a similar kind of figure for points won on his second serve.

And that is why poses the real question. Why is it that at the age of 27, Dimitrov is struggling so badly with such a bread-and-butter part of his game as his serve? Generally speaking, tweaks or demands of injury aside, the serve is on auto-pilot by Dimitrov’s age.

It’s hard, and absolutely unfair, to raise questions of the quality of coaching that Dimitrov has received in his career. However, one look at his game over the last year must surely raise serious questions over the consistency, because Dimitrov shows precious little evidence that even he has the remotest idea of what kind of a player he is now.