Analysis: How Roger Federer won his 100th title and what comes next?

Roger Federer carved himself yet another slice of history in Dubai last week by becoming only the second man to win 100 titles. James Spencer looks back at how it was won, and what comes next for Feds.

However, Federer’s win in Dubai was not as straightforward as you may think.

In the last 32 clash with experienced German, Philipp Kohlschreiber, 35, Federer dropped the second set and needed a break of serve to secure victory.

In the next round against experienced Spaniard, Fernando Verdasco, 35, a tricky leftie, Federer again needed three sets to win.

However, these difficult matches sharpened Federer’s focus. If anything, such dangerous opponents actually helped the Swiss to adapt to Dubai’s warm playing conditions and ease into his game after a month since competitive action. 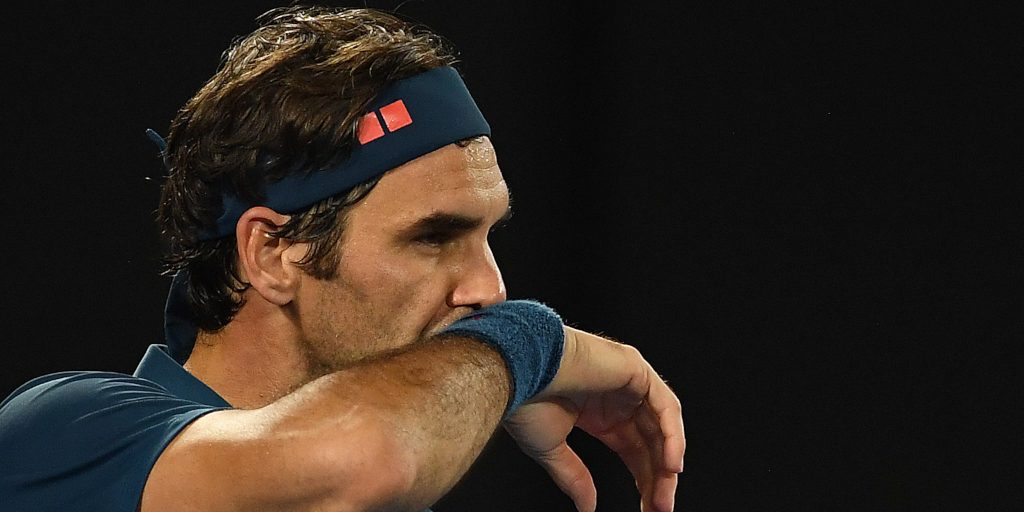 Such wins were also a good confidence boost and the deeper Federer goes in any draw, the more dangerous an opponent he is.

The quarter-final against Hungarian, Márton Fucsovics, 27, finally saw Federer win in straight sets but it was far from convincing. Having won a very tight opening first set tie-break, that set the perfect platform for Federer to seal a place in another Dubai Open semi-finals.

Now this is where Federer’s achievements this past week becomes impressive.

Croatian, Borna Coric, 22, one of the Next Gen stars looking to take tennis by storm, was the next to stand in Federer’s path and stop him from winning title number 100.

Federer fans were fearful as the young Croat beat the Swiss twice previously, last year winning the Halle final in Germany to deny him a 10th title there and also winning in the semi-finals of the Shanghai Masters last year also.

However, Federer played a near perfect match to down the young pretender, who has recorded notable wins against the top players, and set up a final with new foe, Stefanos Tsitsipas.

Like Coric, Tsitsipas is a new exciting talent expected to achieve big things in the world of tennis.

Tsitsipas, is still only 20 years old and enjoyed a tremendous tournament at the Australian Open in January, beating Federer on his way to the semi-finals.

Considering he is 17 years younger than the Swiss and the fact that Federer, 37, outlasted him in straight sets, is testament to how good Federer is both technically and fitness wise.

Federer also seems hungry and motivated as ever. That defeat in Australia motivated him and he was determined to beat Tsitsipas to set the record straight.

In that sense, Tsitsipas was the perfect opponent for a final where the stakes were high and it almost seems fitting that Federer won his 100th title in such circumstances.

For me, that’s why Federer deserves this 100th title: Not only the calibre of players he beat and clusters of experienced and top young talent, but the sheer stakes against him.

People forget that he is 37 years old, but he is still playing marvelous tennis and swatting young players aside.

Even when he knows that they have recorded big victories against him, the likes of Coric and Tsitsipas, Federer has had the motivation and desire to beat them.

That’s not an easy feat considering both Coric and Tsitsipas probably don’t fear the Swiss as much as they once did after tasting victory against him.

The Dubai final was his first crack at 100 and he did it without the pain of losing finals. That pressure was clearly something under which he thrived.

Physically speaking, Federer had to play five matches in a week, which also could not have been easy.

Federer makes it look easy but we forget just how good and talented he is.

Federer will now focus on the March Masters Month in the States, where the ATP Tour goes to Indian Wells, the Californian desert and then onto the Miami Masters.

Federer can then enjoy a small break before his eagerly awaited clay court comeback at the Madrid Masters before he gears up for the French Open.

Federer will always look to win every tournament he competes in. That’s why he carefully selects his tournament preferences and fits them into his calendar accordingly.

However, now Federer is on 100 titles he now has Jimmy Connors record of 109 titles firmly in his sights.

There is talk that Federer’s clay court comeback marks the start of his farewell tour.

However, it is unfair to speculate on whether this will be Federer’s final season or whether the 2020 Olympic Games in Tokyo will be his swansong, or whether he plays on beyond that.

But what we do know is that tennis is lucky to have such an accomplished and motivated athlete and long may that continue.

*If above images can’t be used, please use images of Federer playing at Dubai Open 2019, Federer and Tsitsipas trophy presentation and Federer and the trophy*