Anastasia Pavlyuchenkova news: Russian No 1 calls for the war with Ukraine to end 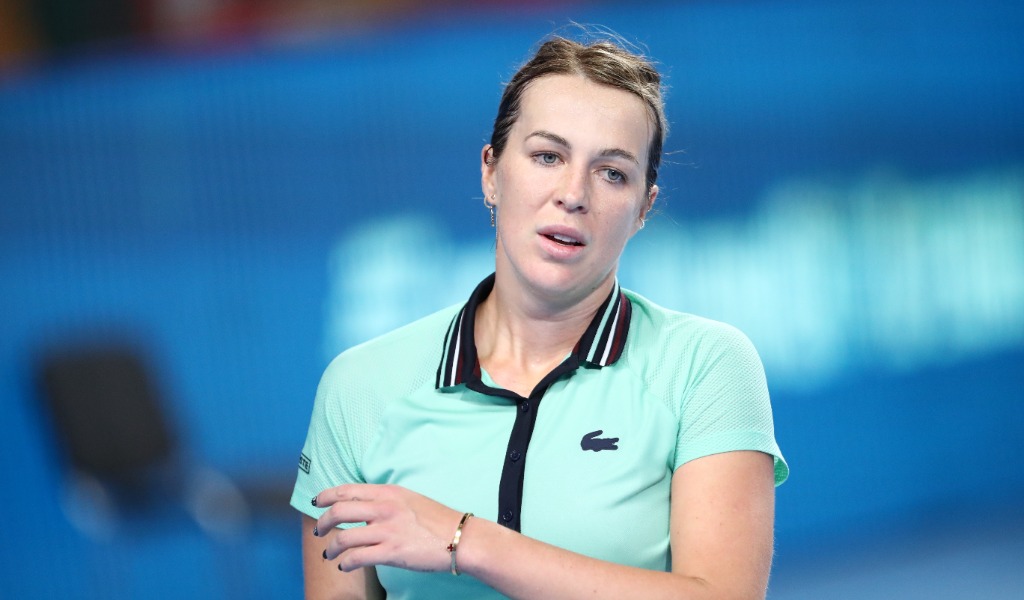 Russian No 1 Anastasia Pavlyuchenkova has called for an end to her country’s war with Ukraine which has been sanctioned by President Vladimir Putin.

The sport world has vehemently condemned the military action in Ukraine and governing bodies have been addressing their own position, with even individual players making their own stand against the war including Daniil Medvedev, Andrey Rublev and now Pavlychenkova.

The 30-year-old won a gold medal at the Tokyo Olympics last year, as did Rublev as they competed in the mixed doubles together, but they couldn’t do it under their official flag as Russia was banned from the tournament, instead they represented the Russian Olympic Committee.

“I’ve been playing tennis since I was a kid, I have represented Russia all my life, this is my home and my country – but now I am in complete fear, as are my friends and family,” the world No 14 wrote in a post on her Twitter page.

“But I am not afraid to clearly state my position, I am against war and violence, personal ambitions or political motives cannot justify violence, this takes away the future not only from us but also from our children – I am confused and do not know how to help in this situation.

“I’m just an athlete who plays tennis, I am not a politician, not a public figure, I have no experience in this, I can only publicly disagree with these decisions taken and openly talk about it – stop the violence, stop the war.”

This comes as Russian players over on the ATP Tour have been voicing their opinions over the violence in Ukraine, with Rublev writing on the camera after his match at the Dubai Tennis Championships “No war please.”

Also, the new world No 1 Medvedev said during the Mexican Open that he wanted peace: “By being a tennis player I want to promote peace all over the world, it’s just not easy to hear all this news.”