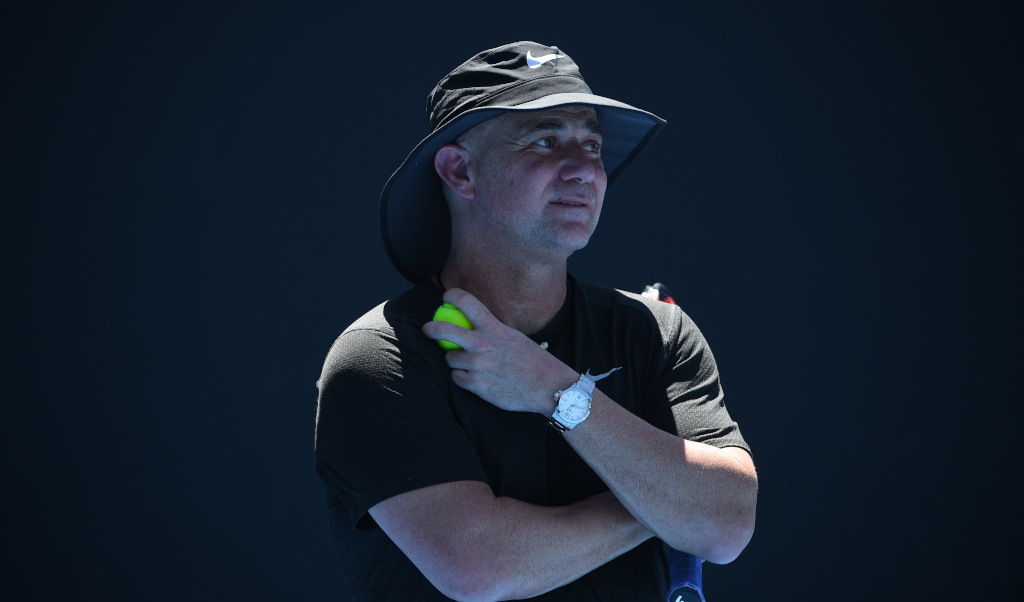 The likes of Stefanos Tsitsipas, Daniil Medvedev, Alexander Zverev and Dominic Thiem are “knocking on the door” at Grand Slams and realising they can’t afford to respect the Big Three too much, according to Andre Agassi.

Roger Federer, Rafael Nadal and Novak Djokovic have dominated tennis for nearly two decades as they have shared 58 majors since Federer won his first Slam in 2003.

However, there have been signs that the next generation is ready to take over as Thiem broke the younger brigade’s major duck when he won the US Open in 2020.

Medvedev has also challenged as he finished runner-up at the 2019 US Open final and the 2021 Australian Open final.

WATCH: The amazing story of how Andre Agassi read Boris Becker’s serve by watching his tongue

Eight-time Grand Slam winner and former world No 1 Agassi says now that the younger players have had a taste of things, they need to push themselves to the top level.

“The next generation is on its way,” Agassi told the Beer Biceps YouTube podcast. “You see them with Tsitsipas winning Monte Carlo, you look at Medvedev pushing, knocking on the door of all these Slams.

“You look at Zverev, you look at Thiem. I mean, these guys, I think they realise now that they can’t afford to respect the [Big Three] as much as they have been.

“They need to start owning it then pushing themselves to that next level. It’s a tough task, I don’t know when that’s gonna happen… but I do believe we’re in the process of seeing some of those new generation players pushing into the top.”

When asked what it takes to push to the next level, Agassi explained how the likes of Jim Courier, Pete Sampras and Michael Chang “charged right through” and won a major before he did.

He said: “You have to believe, I’ll give you an example.

“Courier, Sampras and Chang, because they saw I [reached the top-3] they just charged right through and won a Grand Slam before I did.

“Even though it seemed like they were years behind me in the evolution of our careers.

“Once somebody shows that it’s not Herculean, you can actually do it, and people start believing it, then you’ll see a locomotive train just pushing in that direction. But you have to believe it.”