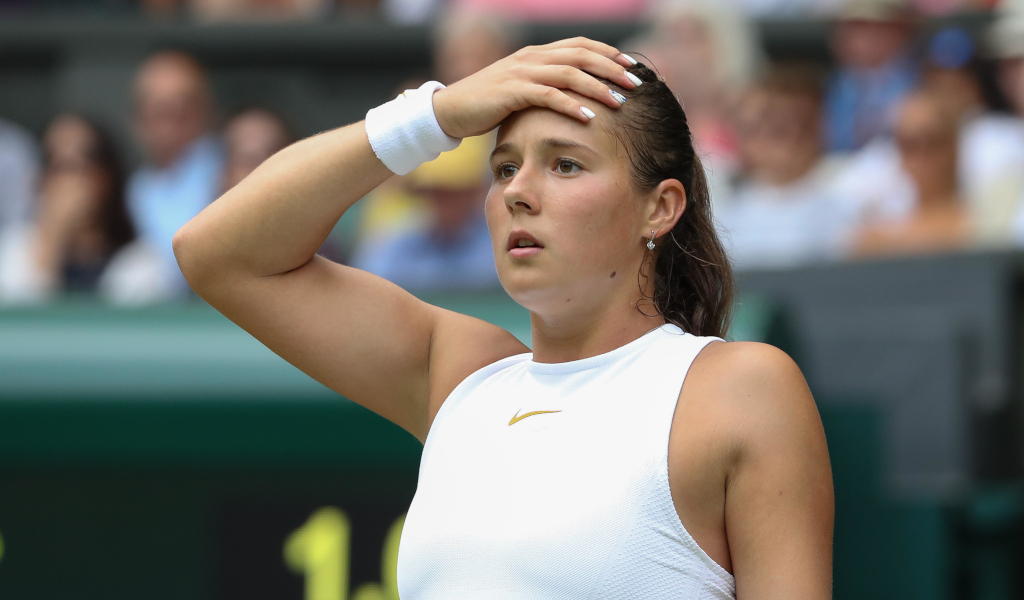 “We offered some solutions, but kept getting the same answer,” a frustrated Andrey Rublev revealed after he missed Wimbledon while Daria Kasatkina admits Russian players might have to change their nationalities if the ban continues.

Russian and Belarusian players didn’t take part in Wimbledon this year after the All England Tennis Club (AELTC) and Lawn Tennis Association (LTA) banned players from the two countries following Russia’s invasion of the Ukraine.

The move was criticised by the ATP, WTA and ITF, but AELTC and LTA stuck to their guns and Rublev, Kasatkina as well as world No 1 Daniil Medvedev, Karen Khachanov, Aslan Karatsev, Aryna Sabalenka and Victoria Azarenka, among others, missed the grass-court Grand Slam.

Rublev and Kasatkina appeared in a YouTube documentary with Russian blogger Vitya Kravchenko and world No 8 Rublev explained that they tried to convince Wimbledon organisers to change their stance, but it was a no go.

Russia No 1 Daria Kasatkina comes out as gay

“Of course I was frustrated. Everything I earn, I invent in my career, and then I’m forbidden from doing my work. It is upsetting for sure, if we speak about tennis,” he said.

“We offered some solutions that could be really helpful diplomatically. Playing in mixed doubles with a Ukrainian player, not coming for the medals.

“We wanted to use the platform of a championship to show that we don’t fight here, that there’s no war in tennis. It’s most important now. As a tennis player, I could deliver the right message from the court.

“I kept getting the same answer. [The] Russian government is going to use our results for propaganda. So, whatever I’d say, the reply was and is the same. I couldn’t understand why would they say so.”

Rublev added: “Well, speaking of Wimbledon, I probably should have changed my citizenship to get there. That would be acceptable for them.”

Both Rublev and Kasatkina admitted they feared for the future of Russian tennis as the world No 12 Kasatkina said: “I think lots of talented children would get new citizenship with some help from their parents.”

She added: “Some questions are being spread between us because we have been restrained from Wimbledon and we don’t know what’s going to be next.”

Both players also criticised the Russian Tennis Federation with Kasatkina saying: “It really represents nothing of authority. Roughly speaking the RTF doesn’t exist for the ITF (International Tennis Federation). Officially.

Asked if the RTF thanked them, the reply was: “No, but it was a nice PR-move for them. No one recognises them now.”

Kasatkina continued: “The World Championship was taken away from us, no one knows when we will get it back, maybe never. With the Olympics it is uncertain too. In short, we’re outsiders. I don’t know what’s next.