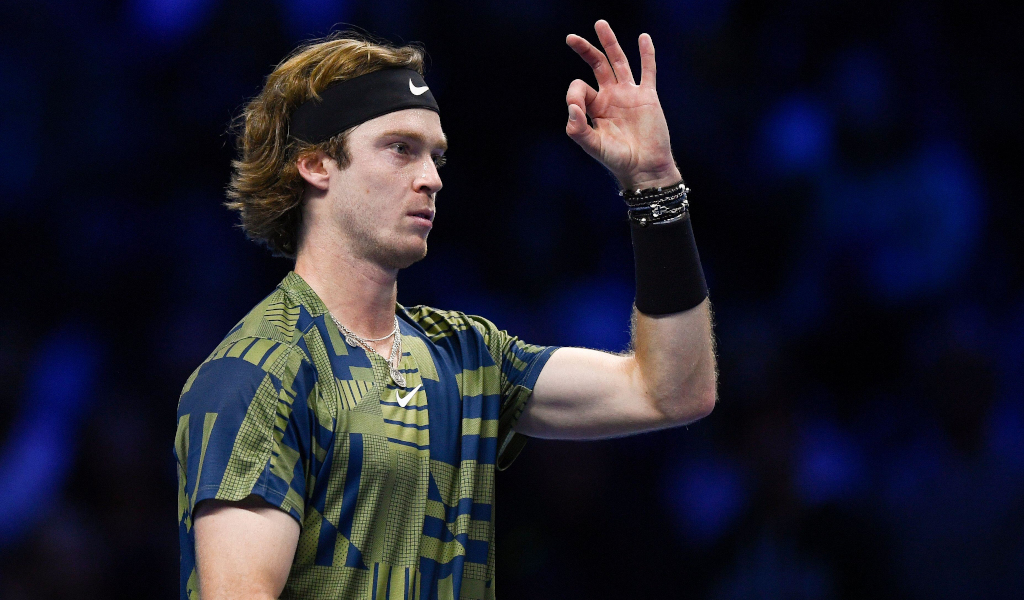 Andrey Rublev has broken his silence about his decision to write an anti-war message on a camera lens earlier this year, describing it as one of his most significant moments of 2022.

The 25-year-old became one of the biggest Russian sports starts to condemn his country’s invasion of the Ukraine in February as he wrote “No War Please” on the camera following a win at the Dubai Tennis Championships.

Not long after Medvedev and his compatriots along with Belarusians were banned from taking part Wimbledon as well as the Davis Cup Finals and the Billie Jean King Cup.

While other sports stars continued to keep mum about the ongoing invasion, Rublev again went public at the season-ending ATP Finals in Turin in November as he wrote “Peace, Peace, Peace, All we need” on the camera.

“The year for Andrey was very difficult – there was a lot of pressure from the public, the media and journalists,” she said. “If this whole situation did not exist, then, of course, the results would be more successful.

“Post-match press conferences were given to Andrey hard. The journalists tried in every possible way to provoke, and this put pressure on the still fragile psyche of my son.”

Despite the toll it took on him mentally, the Russian finished the year with four titles, including the Dubai Tennis Championships .

In an interview with Rublev, the world No 8 says he is proud of speaking out against the invasion.

“I don’t like to talk about myself and to say good things about myself, I can only judge myself,” he said.

“That’s why last year especially with the situation happening in the world you feel that maybe you don’t deserve and when you feel support from people, especially in Turin, I have never felt something like that before. It was a really special moment.

“One of the best things I did this year was the message I left in Dubai. It was the most meaning that I could do during the year.

“In my case, I am super lucky. I cannot say anything or complain because I am able to play and travel. In my position I am super lucky but there are millions of people who suffer and it’s terrible.”