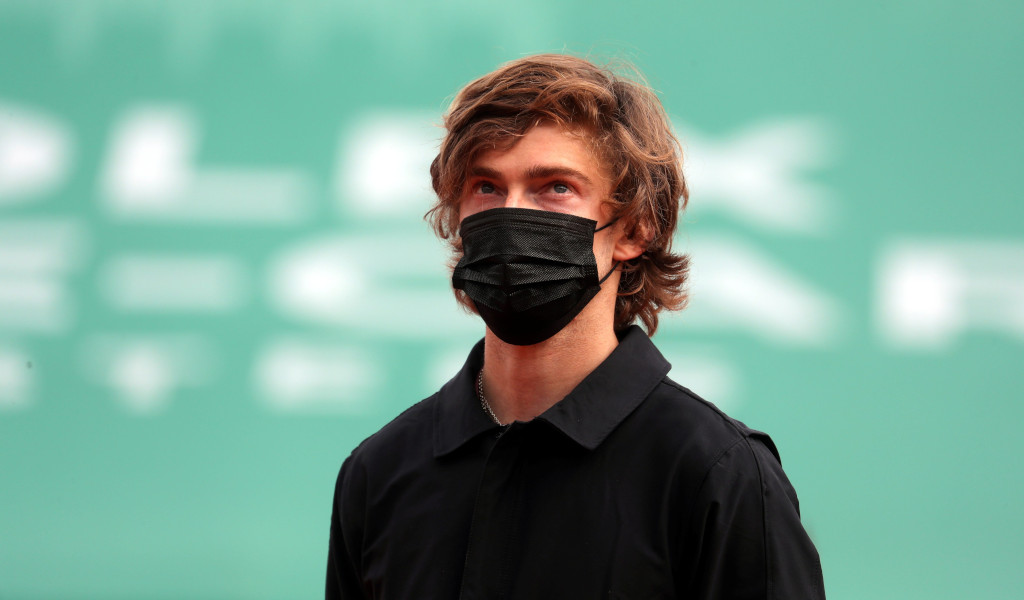 World No 5 Andrey Rublev is the latest player to have returned a positive Coronavirus test, just before designated charter flights are due to take competitors and staff to Australia for the country’s summer of tennis.

This has put the Russian’s preparation for the Australian Open which takes place in a matter of weeks on hold while he isolates.

But this also means that he could potentially lose out on his place in the ATP Cup as the start date for that competition is fast approaching – the first match starts on January 1.

“I am currently in Barcelona and unfortunately tested positive for Covid-19 – I have minimal symptoms,” the 24-year-old announced on his Twitter account.

“I am in isolation and following all the protocols under the supervision of doctors, as you know I am fully vaccinated and was preparing for tournaments – ATP Cup and Australian Open.

“Now I have to recover and I will go to Melbourne only when it will be safe for everyone, I am very upset and concerned about what is happening, please take care of yourself and of the people around you – I will return to the court as soon as possible.”

Rublev is the sixth person to have been infected with the virus of those who took part in the Mubadala World Tennis Championship exhibition event in Abu Dhabi earlier this month, where he claimed victory.

Rafael Nadal, his coach Carlos Moya, Canadian Denis Shapovalov, world No 10 Ons Jabeur and Olympic gold medallist Belinda Bencic have all since tested positive for Covid-19 after competing in the event in the UAE.

British sensation Emma Raducanu was also due to take part in the championship but came down with the virus before she’d even stepped out on court so had to stay in Abu Dhabi until her isolation period was over.

The Australian Open starts on January 17, so Rublev will still be able to take part in the tournament but it’s up to him to decide whether he’s had enough prep time and is ready for the major competition.