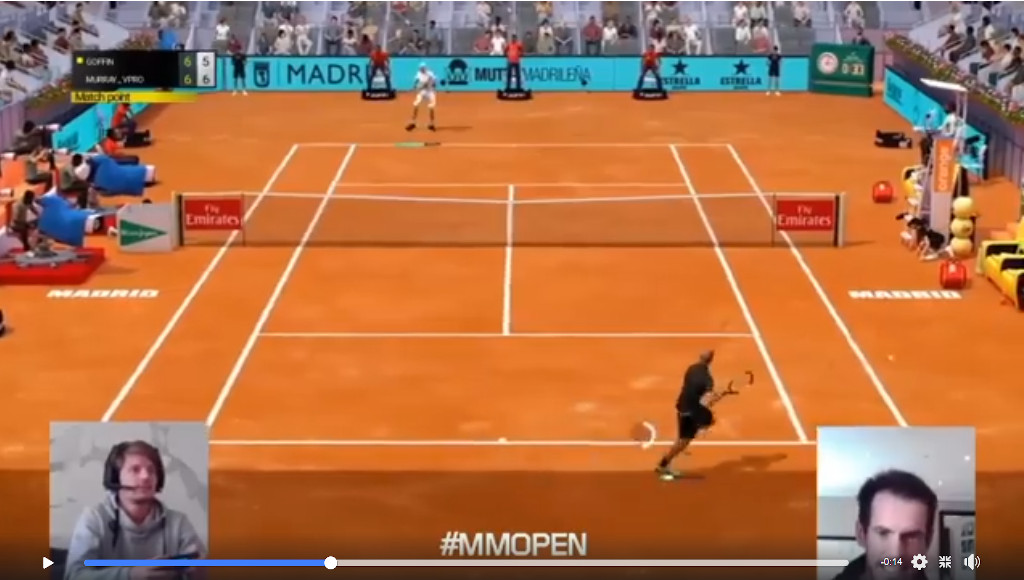 Murray overcame Belgian Goffin on a tiebreak 7-6 (5) on PlayStation game Tennis World Tour in a competition arranged to replace the postponed Madrid Open, which the Scot has won twice in his career.

He said afterwards: “Of all the matches I played, that felt like a proper match, we were a similar level.

“It was good. I enjoyed it, there’s not much we can do just now, we spend most of the days indoors and can’t get out much so it was a fun thing to do.”

Former world number one Murray was gifted a route into the showpiece following some bizarre technical glitches in his semi-final against Diego Schwartzman on Thursday afternoon.

The Argentinian unfathomably kept being awarded points, a situation which led Murray to say: “This is madness.”

Schwartzman won a tiebreak – despite the last point being a winner from Murray – but the South American graciously stepped aside.

A tournament statement said: “Due to technical problems with @dieschwartzman’s connection that prevented him from competing normally in his semi-final match, the players have agreed that @andy_murray should progress to the #MMOPEN Virtual Pro final.”

“Once I got the message asking if I wanted to compete in this tournament, I said, ‘Of course,’ and I needed to get practicing on a PlayStation as soon as possible, because once I’m doing something, I want to do it right. I’m feeling great. My first virtual tournament and getting the win is always nice!” Bertens said.

The winner of each tournament received €150,000 (about £130,000) from which they will be able to decide how much they donate to their colleagues on the tour who have been worst affected by the sport’s shutdown.