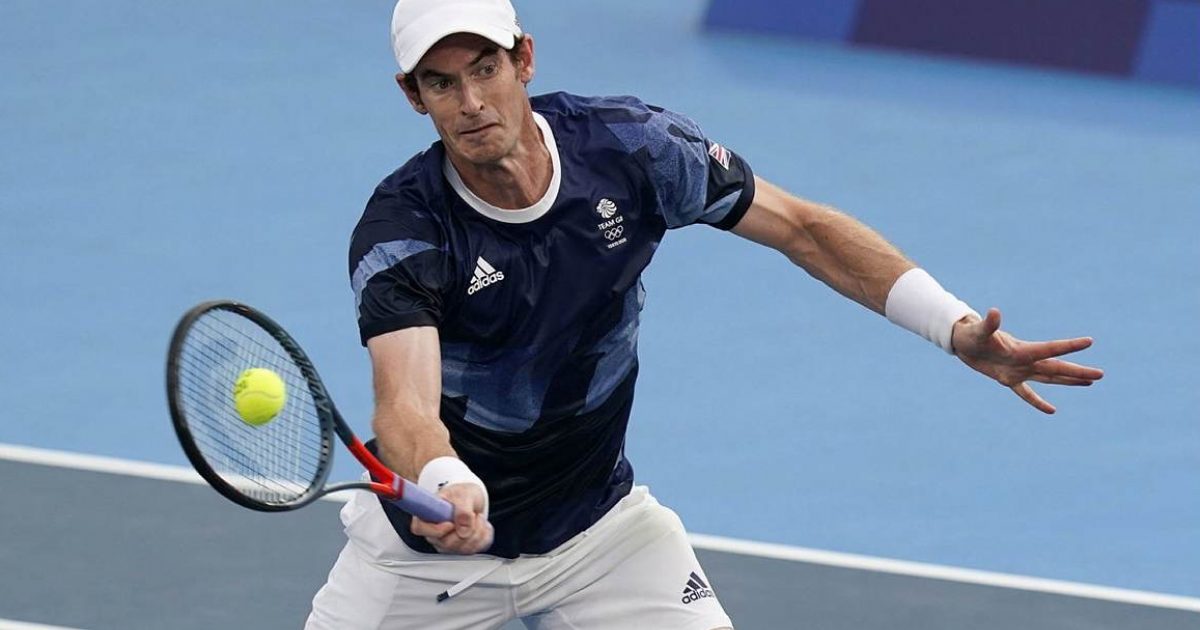 Andy Murray revealed a chat with his daughter helped him reassess his Wimbledon disappointment as he targets an Olympic medal he believes would be his greatest achievement.

A heavy third-round defeat by Denis Shapovalov at the All England Club three weeks ago left Murray questioning whether all his efforts to try to get back to the top of the sport were worth it.

But the Scot, who has four children aged five and under, headed to Japan for a fourth Olympics feeling more positive after finding some perspective at home.

He said: “I was very disappointed after Wimbledon. With each major tournament that passes, or again here, when I’m getting asked questions, a lot of it is always about my future. And also, when I haven’t performed as well as I’d like to, you question things, doubt yourself a little bit.

“When I got home the day after my match, my daughter said to me, ‘Daddy you’re home because you lost another tennis match’. I said to her, ‘Yes I did but what do you do when you lose at something?’

“And she said, ‘You try and try again’. And I was like, ‘Yes, that’s what I want to do’. I want to keep playing because I enjoy it. I still think I can play at a high level.

“There’s been difficult moments obviously in the last few months and the last year with the injuries and stuff but right now this is the healthiest I’ve been for the longest period in the last year.

“I’ve got to practise way more than I had been in the build-up to the grass and Wimbledon and everything so I’m getting better. Hopefully it stays that way through to the end of the year.”

The luck of the draw was not with Murray on Thursday. In singles he will take on ninth seed and Wimbledon quarter-finalist Felix Auger-Aliassime, while in doubles he and Joe Salisbury face second-seeded French pair Pierre Hugues-Herbert and Nicolas Mahut.

Murray is the only tennis player to win back-to-back singles gold medals having triumphed in London and Rio but his hopes of making it three in a row have been severely hampered by ongoing physical struggles.

The 34-year-old is still ranked outside the top 100 but his target in Tokyo is a fourth medal – he also won mixed doubles silver in London – and he believes it is achievable.

Murray, who carried the British flag at the opening ceremony in 2016, said: “That’s the goal, to try to win another medal. I’m aware that it’s not going to be easy.

“I’m also in a slightly different position to what I was five years ago when I would have been expected to get one. That’s maybe not the case this time around. But for me it would be probably my best achievement if I could do that after everything that’s gone on the last few years.

“I’m motivated for that reason alone. I still believe that I can do that. I know this could be the last one for me. I want to go out there and leave everything out on the court, fight for every single point.

“You can never guarantee how you’re going to perform in matches but you can control your attitude, your effort levels, how well you prepare. I’ll take care of all of those things and I hope the performances follow.

“The Olympics has given me for sure some of the best memories of my career. (The gold medals) sit right there next to Wimbledon titles for me.”

Murray is part of a six-strong British tennis team in Tokyo after Dan Evans and Johanna Konta were ruled out following positive coronavirus tests.

Heather Watson and Liam Broady, the last man into the draw, have winnable first-round matches against Anna-Lena Friedsam and Francisco Cerundolo, respectively, while Jamie Murray and Neal Skupski will play Argentinian duo Andres Molteni and Horacio Zeballos in the men’s doubles.

Plenty of star names have remained at home, including Roger Federer, Rafael Nadal and Serena Williams, but Wimbledon champions Novak Djokovic and Ashleigh Barty are both in Japan along with Naomi Osaka, who will play her first match since withdrawing from the French Open.

Djokovic, who is bidding to become the first man in history to win a Golden Slam of all four grand slam titles and Olympic singles gold in the same year, will take on Bolivia’s Hugo Dellien first up.

Barty faces a tricky opener against Spain’s Sara Sorribes Tormo while Osaka, who would have been the subject of intense attention as one of the faces of the Games even before the furore that blew up over her decision not to fulfil her media duties in Paris, takes on Zheng Saisai of China.