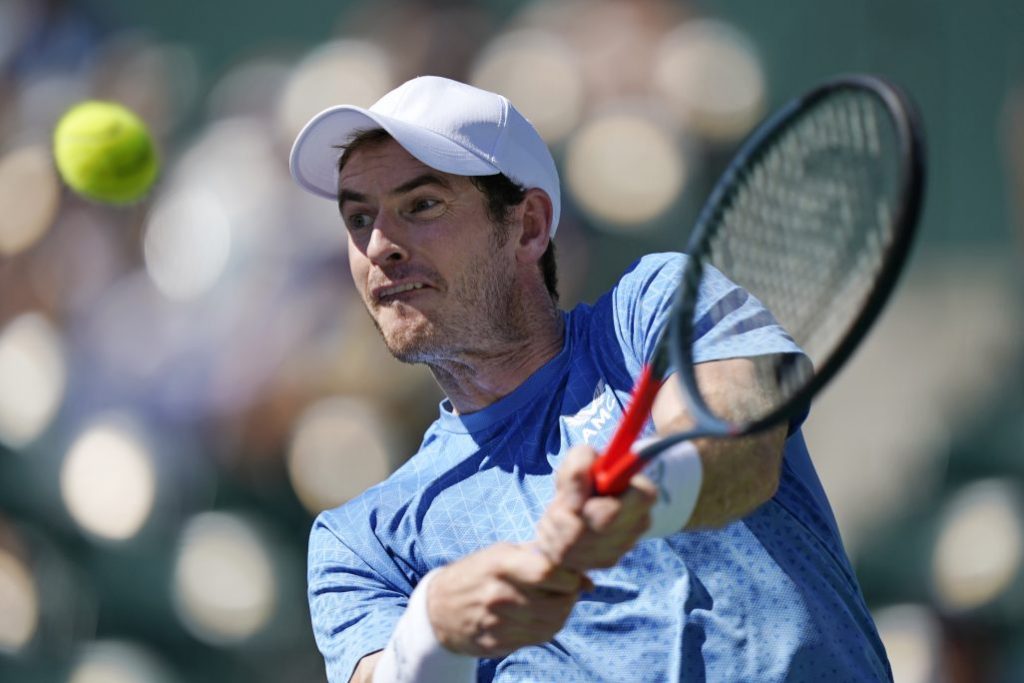 Andy Murray has opened up on the challenges of trying to compete at the top of the game with a mental hip, as he suggested he being forced to ‘compensate’ for restrictions in his movement.

The former world number one bowed out of the BNP Paribas Open in California after a 6-4, 7-6 loss to world number four Alexander Zverev, but his performance suggested he could yet defy his doubters and make a successful return to the pinnacle of the sport.

Yet in a reflective post match media briefing, he admitted his frustrations with his physical restrictions may be a factor in how far he can go in what is left of his career.

“It’s pretty hard playing top-level professional sport with a metal hip. There’s obviously lots of sort of I guess compensation sort of happening around that area, like the pelvis and the lumbar spine,” he said. “I would imagine my body is taking some time to get used to that.

All the tricks are coming out! 🙌@andy_murray with some exquisite tennis and the crowd is loving it at #BNPPO21 pic.twitter.com/829ncWGWjG

“On top of that I’m not young either. I’ve played a lot of years on the tour as well, so there’s some wear and tear in other parts of my body, too.

“This is physically the best I’ve felt for a while. I’m sort of battling my game a little bit, the consistency isn’t there. I don’t know, the decision-making is not great in the important moments still.

“The moments that I was always – I think for the most part – very strong in, I haven’t been this year. So I’m disappointed with that.”

Murray also confirmed he will not play in this year’s Davis Cup, as he wants to ensure he gets enough rest and time with the family at the end of next month before an earlier than usual departure to Australia for next January’s grand slam.

“I’ve given a lot to the Davis Cup, and sometimes to my own detriment physically,” he told BBC Sport.

“The same thing happened last time I played Davis Cup at the end of 2019. I know there was coronavirus, but I was struggling with that really up until September time the following year.

“I also don’t feel right now I would be playing, either. Obviously, that would be up to Leon (Smith, captain), but I’m not sure I deserve to play in that team.

“Cam [Norrie] and Dan [Evans] have had a great year, Liam Broady’s in and around the top 100 now and we’ve got very strong doubles as well.

“Right now, I’m not planning on playing the Davis Cup and with the late finish to it, and early departure to Australia, with my schedule between now and the end of the year, I am going to have to rest and take a break and give my body a chance to breathe.

“And I want to make sure in the off-season I get to spend as much time with my family as I can because I have been away from that recently and that will be case when I go to Australia as well.”

Meanwhile, Zverev paid tribute to Murray’s performance in his on-court interview after the match.

“He’s the only one of the Big Four that I hadn’t beaten yet, so I’m happy that I’ve done it today,” he said.

“I always stayed in the match, even though I was down a break in both sets. I always knew I had a chance. Especially the second set I think was an extremely high level from both of us. It could have gone both ways.

“Obviously it was a fantastic match. I thought Andy played extremely well, maybe as well as he’s played since the (hip) surgery. I hope he continues playing the same way because tennis did miss him for a long time and I think it’s good to have him back.”