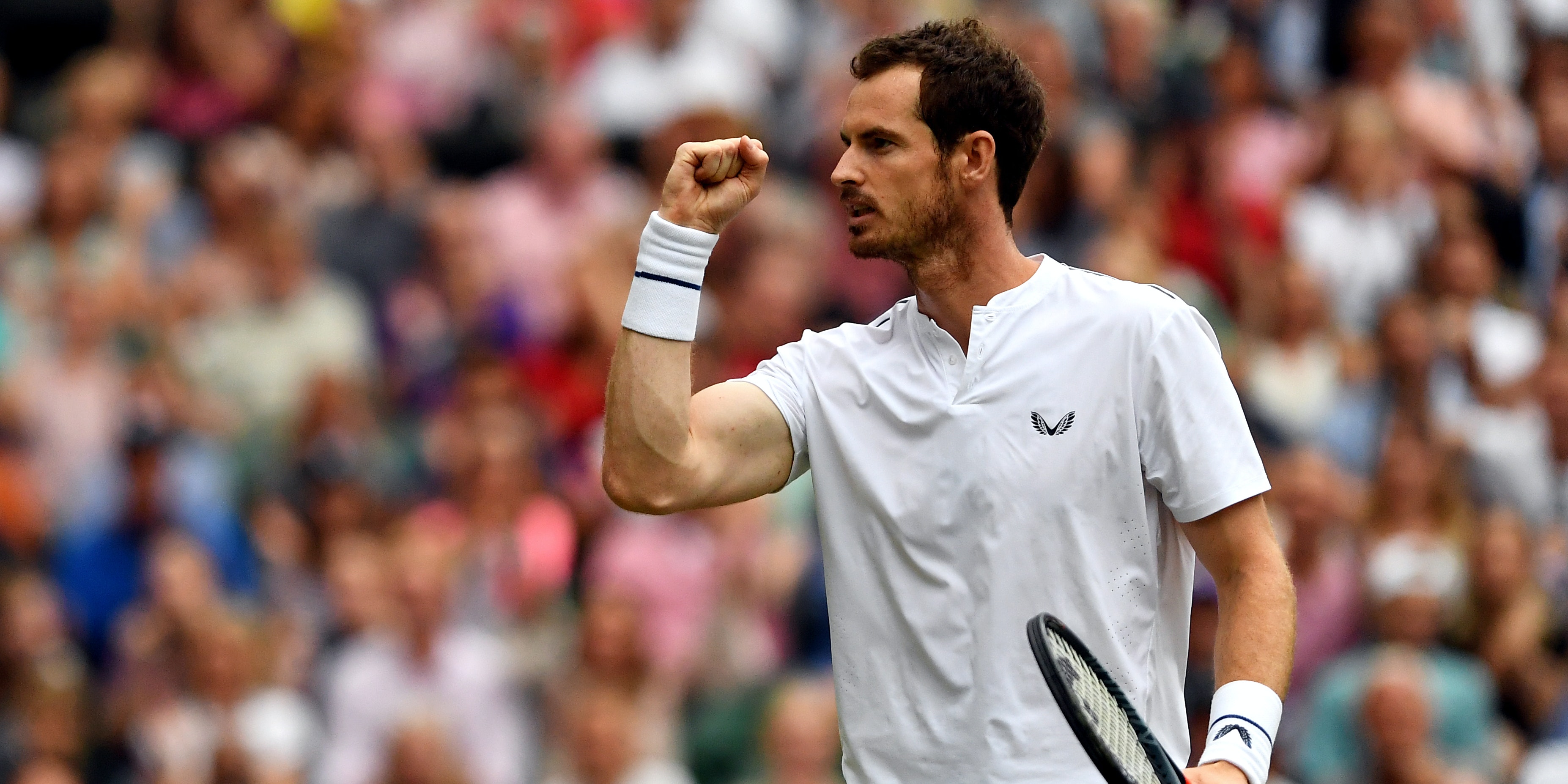 Andy Murray is looking to improve when he faces Kyle Edmund on Wednesday after beating Liam Broady in his first match in seven months.

The Scot won his Battle of the Brits opener, getting the better of the world number 211 by a 6-2 6-2 scoreline.

Murray, a three-time grand-slam champion, had not played since a Davis Cup clash in November due to a bruised bone, but produced an encouraging display in Roehampton.

He did not show too much rustiness early on in the Tim Henman Group fixture in the all-British tournament – hosted by his brother Jamie – at the National Tennis Centre and was able to improve in the second set.

Next up for the 33-year-old is a clash against Edmund, who looked solid and consistent in his 6-1 6-4 victory over James Ward on Tuesday.

“Kyle played well today, he is fit and hitting a big ball so I’ll be surprised if I manage to come through that one,” Murray told Amazon Prime.

“I will try to rest up and hopefully improve a little bit tomorrow. If I serve like I did today and hit the ball a little bit cleaner from the back of the court, I will give myself some chances, but it will be tough.”

Murray broke Broady straight away before the Englishman levelled at 2-2 following a lengthy and topsy-turvey fourth game.

It was short respite for Broady though, with the two-time Wimbledon winner breaking in the next game and taking the first set 6-2.

He improved his energy levels in the second to earn an early advantage and closed it out for a well deserved success – his first since defeating Tallon Griekspoor in November.

“It was OK. I served pretty well, I thought I served well throughout the match. I’ve been working my serve quite a lot,” Murray added.

“I didn’t hit the ball that well from the back of the court, had a lot of errors and the balance didn’t feel great.

Dan Evans demonstrated why he is British number one with a routine victory over Jay Clarke earlier in the afternoon.

The 6-3 6-1 win for the 30-year-old showed why many are tipping him to triumph at the Roehampton tournament.

But Evans told Amazon Prime: “Andy Murray is the favourite.” He added: “It felt a bit strange to be back playing and I mistimed a few balls, but it is good to be out here and getting some matches in.

“It’s obviously been a terrible time so it’s good to put some tennis back on the TV for the people tuning in.”

At the beginning of the day, in an upset, Broady and Cameron Norrie beat Jamie Murray and Neal Skupski 3-6 7-5 11-9 after a close final-set tie-break.

Ward and Edmund then teamed up in the final match on Tuesday and beat Ryan Peniston and Dom Inglot 7-5 6-3 to conclude a successful first day for the round-robin tournament.