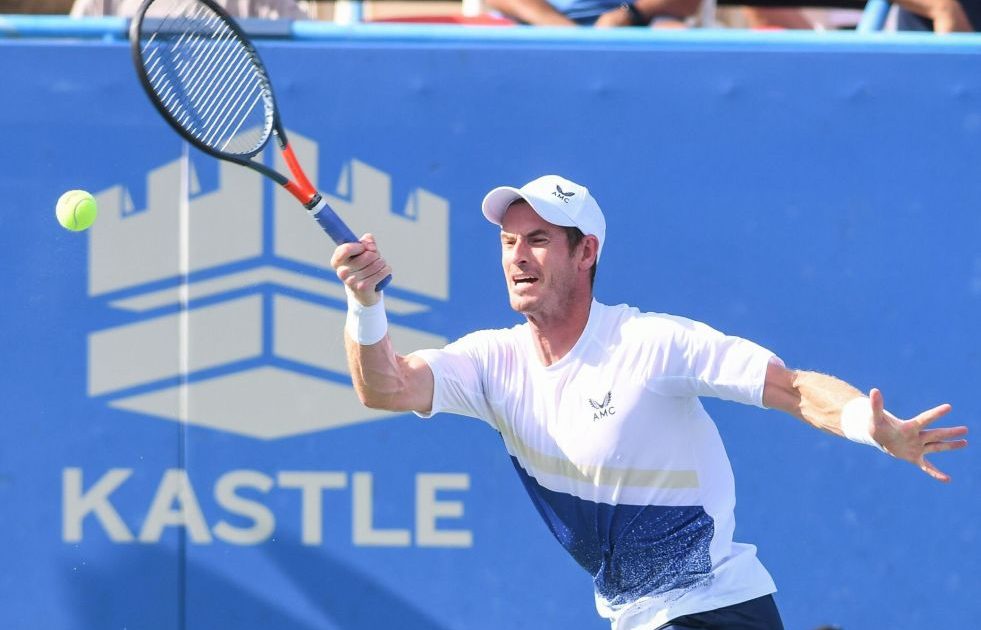 On a court that will always hold a traumatic place in Andy Murray’s heart, the doubts over why he is continuing in the sport resurfaced all over again.

It was after a win against Marius Copil in Washington four years ago that Murray came to the agonising conclusion that his tennis story has come to an end.

In the magnificent Amazon documentary that chronicled his return from injury, Murray confirmed that night in D.C.  was the moment when his will to continue was broken, as he went back to his hotel room and recorded a video message that concluded ‘it is over for me’.

His tears on the court that night were agonising to watch for his army of fans around the world, but it seemed as if injuries has finally got the better of the former two-time Wimbledon champion.

Hip surgery and ongoing comeback attempts have been Murray’s story in the four years ahead of his return to Washington in singles action, yet his latest defeat against Sweden’s Mikael Ymer will again put question marks in the mind of this tennis great.

Losing the first set after surrendering points to win it, Murray then stormed to victory in the second set before an unexpected collapse in the third resulted in a 7-6(8) 4-6 6-1 win for the played ranked at No.115 in the current ATP rankings.

Murray insisted before this event that retirement as not an option he is considering right now, even after a disappointing second round defeat against American veteran John Isner at Wimbledon last month was followed a loss against Alexander Bublik on his favoured grass surface at Newport, Rhode Island.

“There’s a lot of people that feel like maybe I shouldn’t be playing,” he told the Washington Post ahead of his return to the US capital.

“But I love tennis, and I love competing, and I feel like I can get better than where I am today. If I reach that point where I don’t feel like I can improve or that things are maybe going backward, then that would maybe change where I’m at.”

They were positive words from a champion who doesn’t want to accept his time at the top is over, but he can’t have enjoyed this latest humbling experience against a player he would have dispatched with plenty to spare during his days at the top of the game.

Ymer played some superb points on a hot day in Washington, but Murray lacked the firepower with his ground shots to hit through the 23-year-old and the Scot looked like a beaten man long before the final point was played in a one-sided deciding set.

Seemingly cramping for long periods in the match, Murray discomfort on a court that has witnessed some of his most painful moments was there for all to see.

He may now be relying on a wildcard to get into next week’s Canadian Masters, but these persistent setbacks for Murray have to eventually sap his spirit and desire to battle on.

No one wants this iconic champion to hit his final ball in anger, but he cannot continue to endure agony like this for much longer.