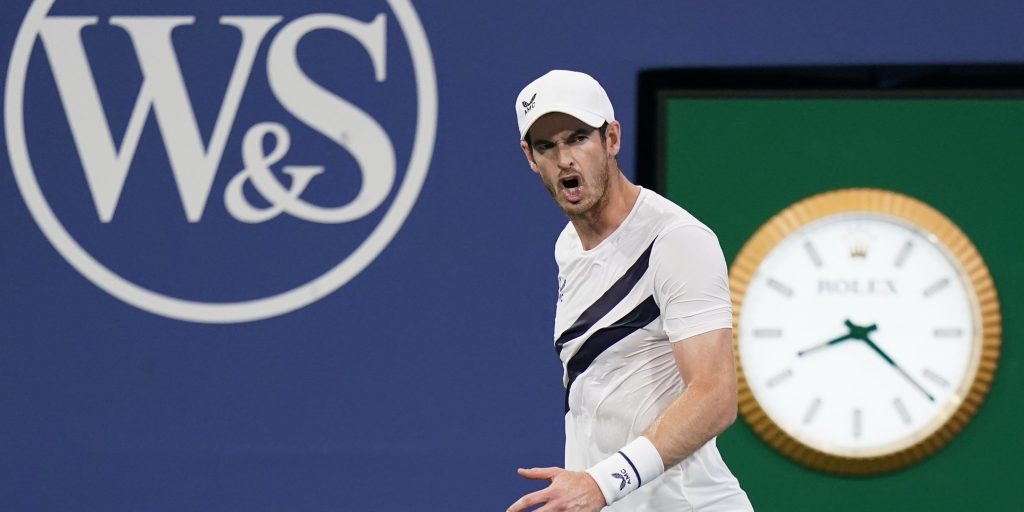 Andy Murray hopes he has inspired others to battle their way back from surgery after admitting he was “annoyed” when surgeons advised him to stop playing tennis.

The 33-year-old Scot underwent an operation to resurface his hip in January last year as a result of persistent chronic pain which threatened to cut his career short.

Having suffered a setback in his return to the game in November, he is hoping for more good times on court despite his third round exit from the Western and Southern Open in New York at the hands of Milos Raonic.

When your “Come at me, bro” doesn’t quite go to plan 😂@andy_murray | @CincyTennis

Speaking at his post-match press conference, Murray said: “It’s a challenge playing with a metal hip. It’s not that easy. I have learned lots, learned lots about myself. It’s been a good journey.

“Hopefully I have inspired some people who have got these issues and might have the operation, to try and show that you can keep going.

“There are a lot of people that told me I should stop, which probably made me want to do it even more. A few surgeons and things that told me it was done, which annoyed me a lot.

“After the latest setback in November, I was pretty gutted, to be honest, about that. It was, like, ‘I’m back, I can play, I can compete, I can win tournaments’ and stuff, and then I got a setback and I didn’t really know whether that was going to get better or not, so that was hard.

“But I think if I can stay healthy, I’ll have some more good moments on the tennis court.”

Murray, who is currently ranked 134, was unhappy with how he played against Raonic following a 6-2, 6-2 defeat, but the former world number one insists he will continue to set himself the highest of standards for what remains of his career.

He said: “Well, my opinion is that you should set yourself the best-in-the-world standards for everything that you do because then it means that you’re going to prepare properly for tournaments,

Welcome to the bubble… pic.twitter.com/sZ6W3EiMue

“That’s why they are the best, so if you do all of that stuff right, that’s positive. And if on the match courts you fall short of that, I’d rather fall short of the best-in-the-world standards rather than sort of accept, ‘Okay, I’m going to play 80, 100 in the world, that’s going to be my standard this week and if I play at that level, I’m happy’.”

Two-time Wimbledon champion Murray will now turn his attention to next week’s US Open, where he won his first major in 2012, confident that the pain which blighted his last visit is behind him.

He said: “I really was not feeling good at all when I played it last. I fought as hard as I could, but it’s not that enjoyable when you’re feeling so uncomfortable on the court.

“At least I’m a lot more comfortable now, so I will be able to enjoy the experience more.”