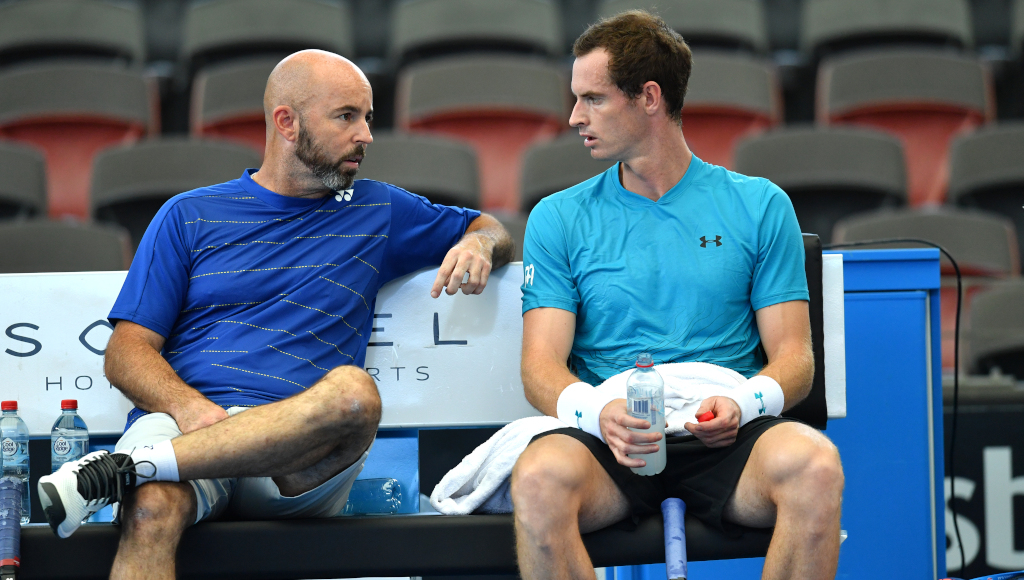 Andy Murray’s former coach Jamie Delgado has insisted the difference between great players and true champions is often in the mind.

Both Nick Kyrgios and Frances Tiafoe suggested after their tight defeats at the US Open that they felt they had let so many people down, despite impressive performances in New York that cemented their status as two of the best players in the game.

Now Delgado, who worked with Murray between 2016 and 2021, has told us in an exclusive interview in association with Game4Padel that the emotions expressed by Kyrgios and Tiafoe after their Flushing Meadows exits are typical of so many top players, as they attempt to manage huge levels of expectation.

“I saw that and felt a bit sorry for him. He will feel that way, but he has not let his team down,” said Delgado, reflecting on the comments from Kyrgios in an exclusive interview with Tennis365.

“All you want as a team member is for the player to prepare the best they can and go out there and leave it all out there. He obviously felt the pressure that he had to win.

“I’m sure his family will want to see him out there competing and enjoying it. If you lose, you haven’t let anyone down.”

The Netflix documentary looking at the mental struggles of former American No 1 Mardy Fish shone a light on the challenges of competing at the highest level of the game and Delgado believes controlling your emotions is pivotal to success.

“The mental side of the game is huge at every level,” he added. “At the high level, they are all good players. They have their strengths and weaknesses in the technical side, but they are all excellent players and it does come down to the mental side.

“It is the coach’s role to be there during those times and try to do the best you can to help them in these situations. They are going through a lot, there is a lot of demands on them. Sometimes it can get a bit too much.

“They are all good players, they have got big goals and they have been working on this for years.

“There are a lot of moving parts and to keep it all together mentally can be hard and that is where it’s important to have people around you who you can trust and have their heart in the right place.”

Delgado spoke to Tennis365 at a Game4Padel event, as he suggested the sport of padel is gathering real momentum in the UK after the LTA staged the first professional tournament at their National Tennis Centre last month.

Padel has been described as a cross between tennis and squash, played on a court surrounded by a heavy-duty glass wall that allows players to hit the ball after it bounces back off the wall and Delgado is certain it can be a big success in the UK.

We are hugely excited to welcome Virgil van Dijk as a new investor and ambassador!

His passion for padel will help us reach new audiences.

“Tennis is quite a hard game to play,” he added. “Whether it is the bigger court or the equipment that is harder to use, to play it at a decent high level, you have to have played from a young age and put a lot of hours into it.

“With padel, even if you have never played before, you can pick it up quite quickly and have a good game. So it is much more attractive for some people to play padel than tennis.

“You can have a bit of banter with your friends playing padel, try to work out how to play it and it is also a good work out doing it.

“Tennis can be a bit tough to get rallies going when you start and you spend a lot of time picking balls up, but that doesn’t happen with padel.

“We now have lots of courts and there are plans for more courts to go down so it is defiantly getting bigger each year now.”