Tennis Scotland and Judy Murray have joined forces to call for support from the LTA and Scottish Government after agreeing that the work to provide a lasting legacy for Jamie and Andy Murray is now “time critical”.

Judy, whose work focuses on bringing tennis to rural and disadvantaged areas, has had a series of discussions with Blane Dodds, the Tennis Scotland Chief Executive, since his appointment last year.

They have agreed on an action plan to expedite greater levels of participation, better facilities and a workforce of coaches and event organisers to maximise the opportunities for the next generation of Scottish tennis players who have been inspired by the achievements of two of Scotland’s greatest-ever sportspeople.

Judy and Blane Dodds now plan to ask the LTA and Scottish Government to act this year and support a more co-ordinated plan focused on the specific needs of Scotland, including the creation of a community pay-and-play facility near Dunblane, from which a nationwide workforce of tennis and sports coaches will be developed.

That plan will also include the development of more indoor facilities to allow year-round play, and a development strategy that has a significant focus on engaging families.

“The time has to be now,” said Murray, the mother of Grand Slam tennis champions Andy Murray and Jamie Murray. “Whatever happens this year, Andy and Jamie won’t play for ever, but we can make the most of what they’ve achieved and we can do that now.

“We need more public tennis courts, more indoor courts and a much bigger tennis workforce to get more people playing the game – and that is how we should measure legacy. This is not about statues or new, branded tournaments. It’s about investing in people. 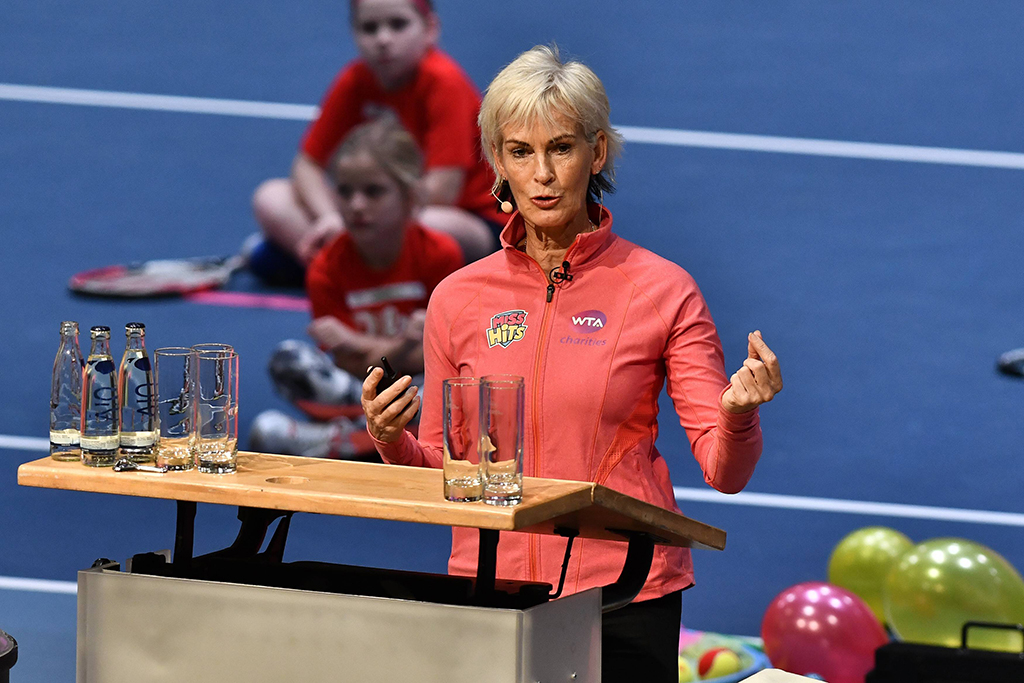 “The word ‘legacy’ is always spoken about with the right intentions across a range of sports but I don’t want us to waste any more time talking about it – I want us to see action and delivery to make sure the legacy is realised and not left to wither after the boys’ playing careers have come to an end.”

Blane Dodds, Tennis Scotland Chief Executive: “This is time critical. At Tennis Scotland, our strategic plan for the next four years is about Delivering the Legacy but we can achieve so much more with a collective push at this important stage.

“We have a £15m commitment from LTA and sportscotland to provide more indoor facilities in Scotland and later this year we will be opening our GB National Academy in Stirling, but we need to look at all aspects of legacy. Facilities are one thing but we need many more people to deliver activity for all ages and stages so we must work more effectively and efficiently to build a nationwide workforce to deliver on that commitment.

“We are supportive of the work of Judy, Andy and Jamie Murray – and particularly Judy’s exciting plans to build a workforce from a base in Dunblane – but today is a statement of intent that we will step up the pace to get things done.

“At Tennis Scotland, we are grateful for the support from sportscotland and LTA but we are open to exploring new ways of unlocking more funding for the collective benefit not just of tennis in Scotland but for the health and wellbeing of the country and its people.

“Andy is arguably the greatest sportsperson Scotland has produced, and Jamie is a brilliant role model too, but they cannot play forever so it is important we work together to ensure their legacy means something to future generations and that the path to tennis excellence can be achieved within this country, through thriving development and a world-class training environment.

“Today is our commitment to working closely together to achieving that and we look forward to conversations with other stakeholders to help us deliver on that promise.”