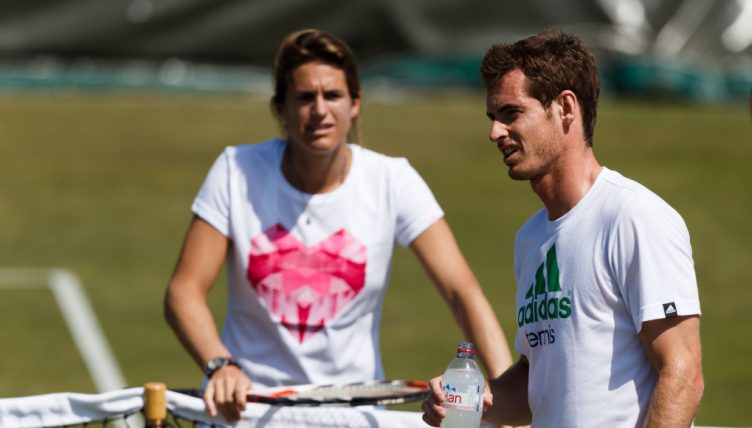 To mark International Women’s Day, Andy Murray wrote an op-ed letter for the International Olympic Committee calling for more women to be given coaching roles.

Former world No 1 Murray as well as his elder brother Jamie, a two-time Grand Slam men’s doubles champion and a four-time mixed doubles major winner, were coached by their mother, Judy, from a young age.

And Andy paid tribute to Judy on Olympic.org on International Women’s Day on March 8, writing: “My mum has great energy and has been a workaholic ever since we were young, often getting up at 4 a.m. to start her day.

“She’s a role model for me through her determination, work ethic and drive to do what she wants to do. Even now, she’s still travelling everywhere and teaching on the court, trying to bring tennis to the masses and give kids, girls and female coaches an opportunity.

“I was coached by my mum from a young age and have had good experiences with female coaches throughout my tennis career. But when I became professional, I noticed that basically every male player had a male coach and, in most cases, a male support team.”

After several coaching changes, Murray decided to turn to former WTA Tour world No 1 Amelie Mauresmo in 2014 and her appointment immediately drew a lot of headlines.

He reached three Grand Slam finals under the Frenchwoman and he feels she copped a lot of unfair criticism.

He continued: “When I was choosing a new coach in 2014, I wanted to work with an ex-player – I feel they can help a lot with the psychological side and understand the pressures of playing in, and winning, big competitions. Like me, Amélie Mauresmo had struggled with nerves and had got over that hump of winning major events, and I felt she would understand me in that respect.

“The reaction to Amélie’s appointment as my coach, even from people close to me, was when I realised there was a problem. The reason they were questioning her was purely based on her sex; it was not because of her ability or what she’d done in her career.

“I did well with Amélie and reached Grand Slam finals, but a lot of people saw the period when we worked together as a failure because I didn’t win a Grand Slam title. People blamed her for that, but that wasn’t the case with my other coaches – it was always me who was the problem, and I would get the criticism when I lost.

“With Amélie, the questions I would get asked a lot of the time after losing matches would be about our relationship. I’ve never had that at any other time in my career.”

The three-time Grand Slam winner, though, says “more work needs to be done” to get more women into coaching at the highest level

He added: “The best coaches should be the best people and, at the Olympic Games, there’s no way that women should represent only 11 per cent of the best coaches – clearly more work needs to be done here.

“When it comes to mindset, skillset and intelligence, there’s no reason why a woman can’t be just as good as a man, and hopefully things will change when women are given more opportunities. Interestingly, I’ve read that, in Tokyo, there will be the highest number of female competitors at an edition of the Olympics (48.8 per cent), so progress is being made.”