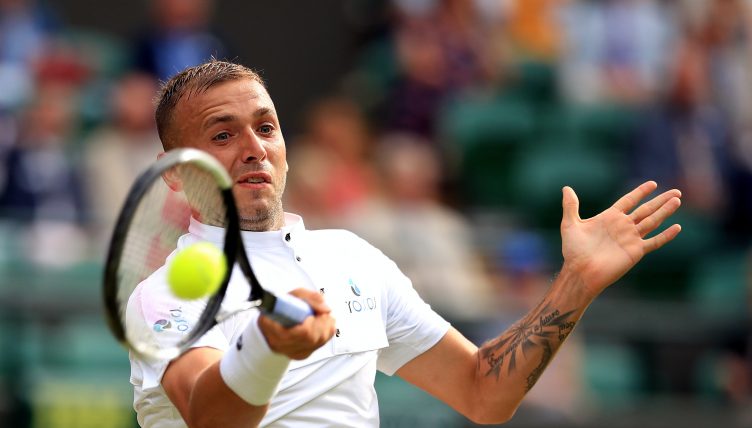 Andy Murray regards Dan Evans as the favourite to win their Battle of the Brits semi-final on Saturday.

Evans, ranked 28th in the world, takes on Murray having made it three wins from three group games at the event in Roehampton with Friday’s 6-2 3-6 10-4 victory over Ryan Peniston.

Murray, who this week has beaten Liam Broady and James Ward either side of a loss to Kyle Edmund, entered the tournament having not previously played since November due to a bruised bone.

The 33-year-old three-time grand-slam champion and former world number one is currently ranked 129th in the world.

Murray was quoted by a number of national newspapers as saying of 30-year-old Evans: “I would imagine he would go into the match as the favourite right now.

“My hope is that in a few months when we are back on tour competing, that I will be up at that level and feeling a bit more that I will be going into those matches expecting to win.”

Edmund on Friday also registered his third win of the week as he beat Broady 6-3 6-3.

After Liverpool secured the Premier League title the previous evening, Edmund saluted the triumph by putting three Reds shirts on display, laying them across a bench by the court.

And following his match the world number 44 said he had been “buzzing” after watching Chelsea’s 2-1 win over Manchester City that confirmed Liverpool as champions, admitting he had not gone to bed until around 2am.

Edmund told Amazon Prime: “I was watching last night and when that penalty went in, that was the one. I was buzzing last night, didn’t go to bed until about two or something, just watching all the videos and stuff.

“Coming out here I had to remember I’m a tennis player, to try to concentrate! I was a bit tired this morning but it was good today. I just played balanced tennis and did what I had to do.”

Edmund’s semi-final opponent will be Cameron Norrie, who completed his group games by defeating Paul Jubb 6-0 6-2.

The doubles final on Saturday will see Evans and Lloyd Glasspool face Jamie Murray – the event host – and Neal Skupski.

Evans and Glasspool beat Edmund and James Ward in the semis on Friday, while Murray and Skupski got past Joe Salisbury and Jonny O’Mara .