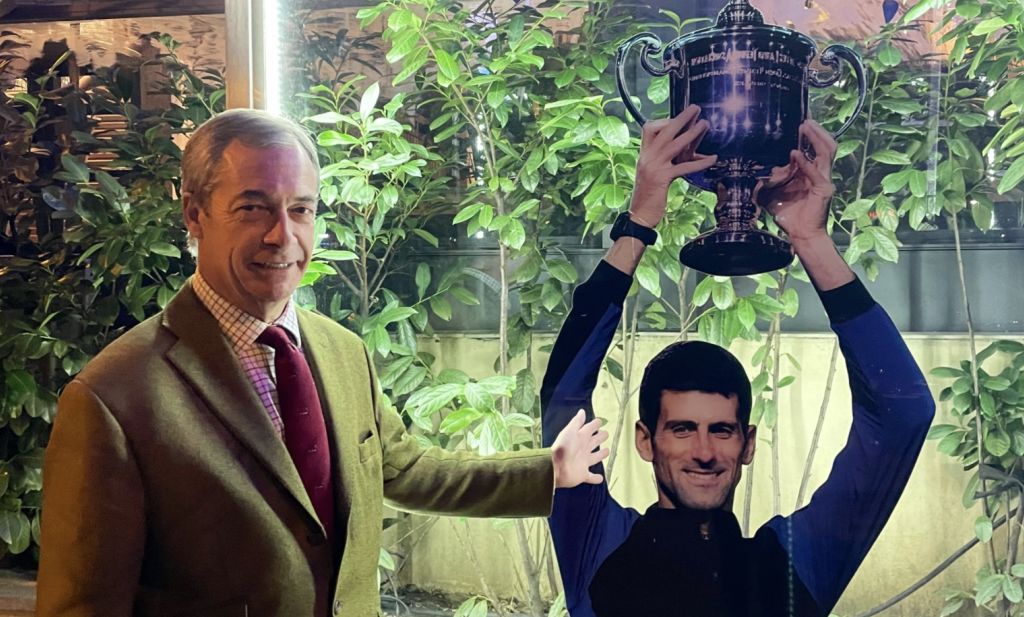 Nigel Farage was the leader of the British movement to leave the European Union, yet he was very much on the side of Serbia’s Novak Djokovic for his appeal hearing into his cancelled Australian visa.

Farage has been promoting his friendship with the Djokovic family on his social media channels since the world number one had his visa to enter Australian cancelled on Wednesday.

While the former UKIP leader has confirmed that he has been vacinated against Covid-19, he has been firm in his support of Djokovic in recent days and travelled to Belgrade to be with the family of the 20-time Grand Slam champion as he learned his fate.

“I am talking with the Djokovic family, and they are clear that Tennis Australia, in line with Victoria state law, allowed Novak to come to Australia as he had proof of a positive PCR test within the last six months,” he after Djokovic was refused entry to Australia.

“He was then arrested, his phone and wallet taken. When the Australian Home Affairs Minister says Novak Djokovic is free to leave, she is NOT being straight.

“Unless he makes an appeal, he will face an automatic three-year visa ban — so has to stay in prison conditions until the hearing on Monday. If they can do this to the world’s number one tennis player, just think what they could do to you.”

Now Farage has released images showing him in Serbia with Djokovic’s family and what is a hugely impressive trophy room.

Farage’s tweets did not go down well with former world number one Andy Murray, who suggested Farage’s track record in European affairs should be considered as he sides with Djokovic, with the Scot tweeting this devious message:

Please record the awkward moment when you tell them you’ve spent most of your career campaigning to have people from Eastern Europe deported.😉 https://t.co/rfFn1hdXlu