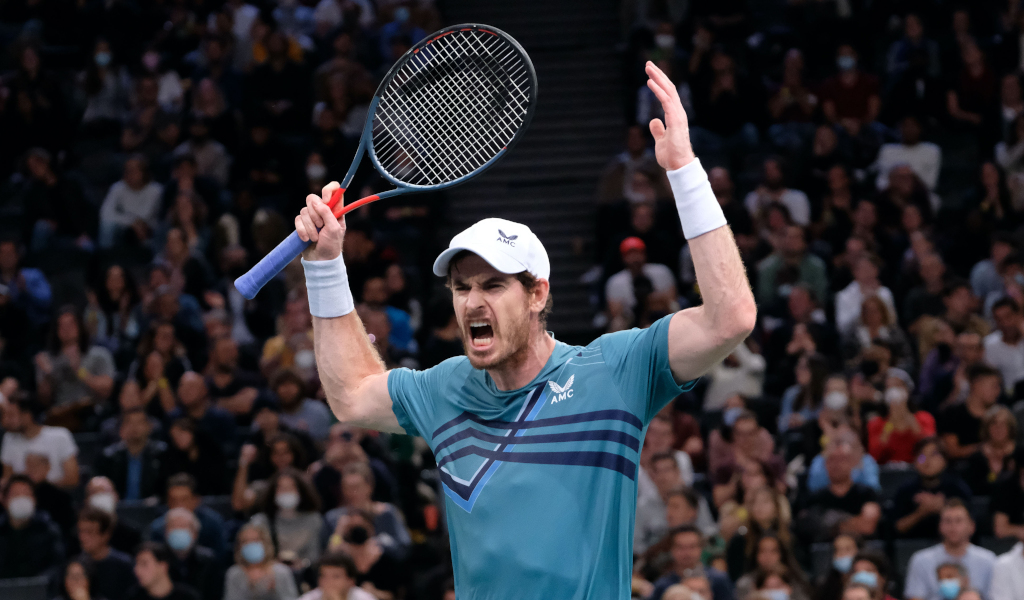 We may never see the Andy Murray of old again, but the new version could still be a big threat on the game’s biggest stages in 2022.

After so many near misses and too many defeats on the record of a player who has never been able to tolerate failure, the former world No 1 produced one of his best performances since hip surgery at the start of 2019 as he beat Jannik Sinner 7-6, 6-3 at the Stockholm Open.

World No.10 Sinner has been one of the stand-out performers of this year on the ATP Tour, but he was well-beaten by an impressive Murray, who completed his second win against a top-ten opponent in recent weeks after his victory against Hubert Hurkacz in Vienna last month.

Progress is certainly being made by the 34-year-old and while he has been critical of his own displays after tight losses since Wimbledon last summer, Murray suggested his performance levels are now reaching levels that fuel his optimism for what is to come.

“I did well,” declared Murray. “On my serve I made him work very hard for every point. My variety was pretty good, I returned better as the match went on and overall it was a good solid performance and something that’s kind of been missing a bit recently. It’s a good win.

“I played my game, the game style that works for me. At times in the last year, I’ve got away from that a little bit. Partly outside influences at times but also a feeling that I would need to change the way that I play.

“In important moments I’ve rushed or tried to finish points a little bit too early and maybe gone against what my instincts are.

“If I’d been more clinical and made better decisions and played the right tennis, being smart, I would have finished matches sooner, and that preserves your body. Even a few weeks ago I may have lost that first set.”

Murray suggested he was not playing top-level tennis a few weeks backs, but he clearly feels that tide has turned as he is now showing signs that he can mix it with the best in the game once more and that has to bode well ahead of the Australian Open in January.

“But when I originally came back I doubted that. It’s been difficult at times to build that confidence with not getting the matches consistently, or winning enough of the big matches.

“I’ve said in the last few weeks, it’s coming. I don’t know if it will be this week or at the beginning of next year, but I’m going to be pushing and getting deep in tournaments again.”

This will be only Murray’s second ATP Tour quarter-final in the last two years and victory over American Tommy Paul would put him through to the last four at this level for the first time since his title in Antwerp in 2019.

These may only be baby steps for a three-time Grand Slam champion, but if he needed confirmation that he can be a threat to the game’s best next year, Murray now has it.