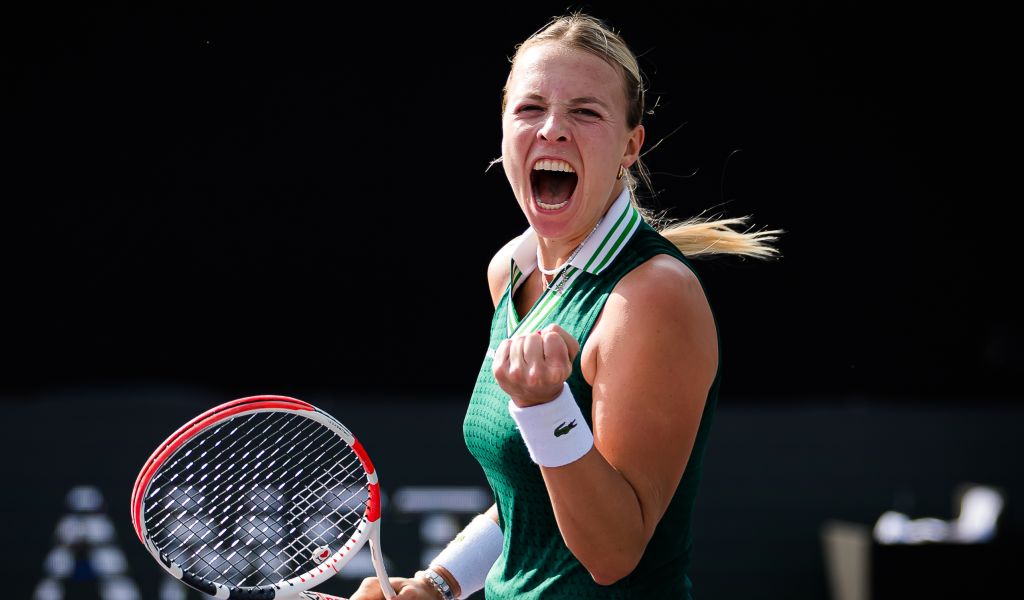 Anett Kontaveit reinforced her status as the form player in the women’s game by racing through to the semi-finals on her debut at the WTA Finals in Mexico.

Kontaveit was well off the pace in the race to Guadalajara until an extraordinary autumn, winning the last two tournaments she played to pip Ons Jabeur for a place at the end-of-season showpiece.

And the Estonian has maintained that momentum against the top players in the world, following up victory over French Open champion Barbora Krejcikova in her opening match by dispatching Karolina Pliskova 6-4 6-0.

There was nothing between the pair for eight games but Kontaveit blitzed through the next eight to claim victory, with Wimbledon runner-up Pliskova simply having no answer to the dynamic movement and clean hitting of her opponent.

While Kontaveit is through with one match to spare, Pliskova is still in a decent position ahead of her third contest against Krejcikova having beaten Garbine Muguruza in the only three-setter of the tournament so far.

Kontaveit had lost to Pliskova in all their three previous meetings, and she said in her on-court interview: “I’m so thrilled and so happy to be playing this well and feeling great on the court.”

Of her progress through to the last four, the 25-year-old added: “It feels incredible. I wasn’t thinking about that when I was playing. I’m so excited and so happy to be competing here among the best players.”

It has been a difficult season for Riske, who has struggled with a foot injury, but she has found some form over the final weeks of the year and fought back from a set down to win 2-6 6-2 7-5.

Romanian Cristian was playing in her first WTA Tour final having benefited from compatriot Simona Halep’s withdrawal on Thursday and she came within two points of winning only for Riske to prove just the stronger in the end.