Another Hopman Cup for Federer and Switzerland 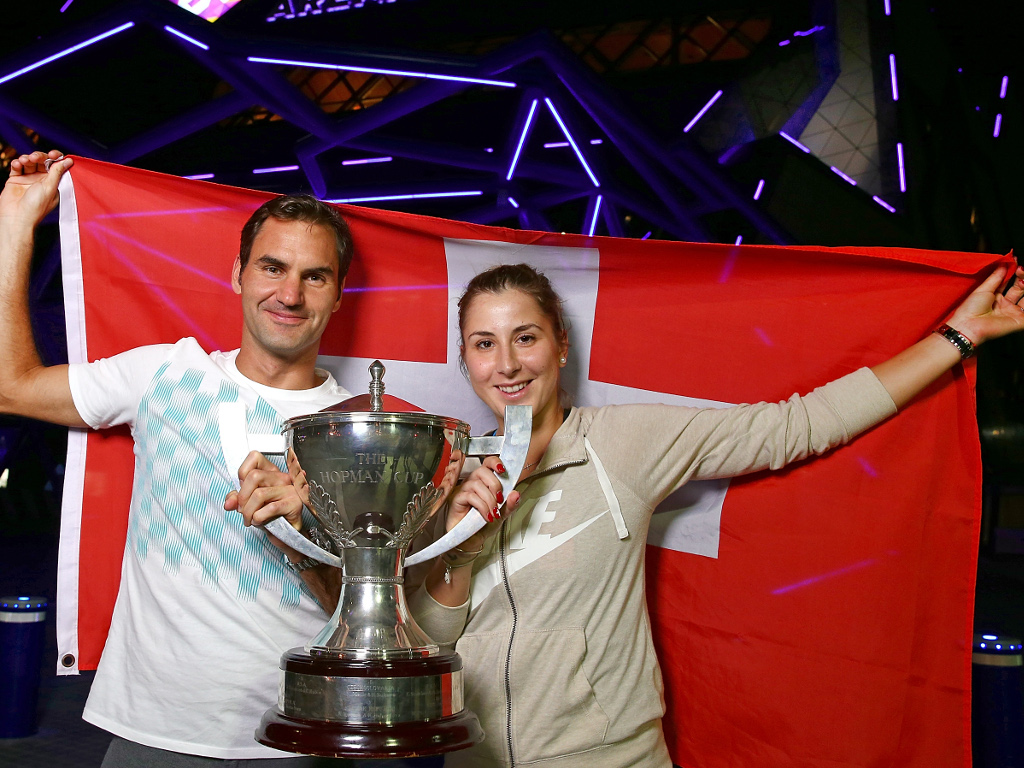 Roger Federer and Belinda Bencic saw off the challenge of German duo Alexander Zverev and Angelique Kerber to steer Swizerland to a third Hopman Cup.

“I am so thrilled, so happy – Belinda you played amazing,” Federer said.

Bencic added: “This is a dream come true for me and I couldn’t wish for a better partner. I’ll never forget this week, it’s absolutely incredible.

“I so enjoyed being back. It’s a great preparation for the Australian Open.”

It is Federer’s second Hopman Cup trophy after he partnered Martina Hingis in 2001 to win his maiden title in the Australian Open warm-up tournament.

“She (Hingis) had a great career and to have that in a small country like Switzerland is very rare,” Federer said.

“It made me also believe with hard work and dedication you get really far because I didn’t believe that much at that point when I was younger, I thought it was more all talent.”

“I was trying to play as aggressively as possible. I‘m maybe better when we’re closer together,” said Federer.

“The court plays fast, so it helps if you approach (the net) and do it the right way. It was working out well, so I thought I’d keep going until I had to fix it. That never happened, so I was able to cruise all the way through.”