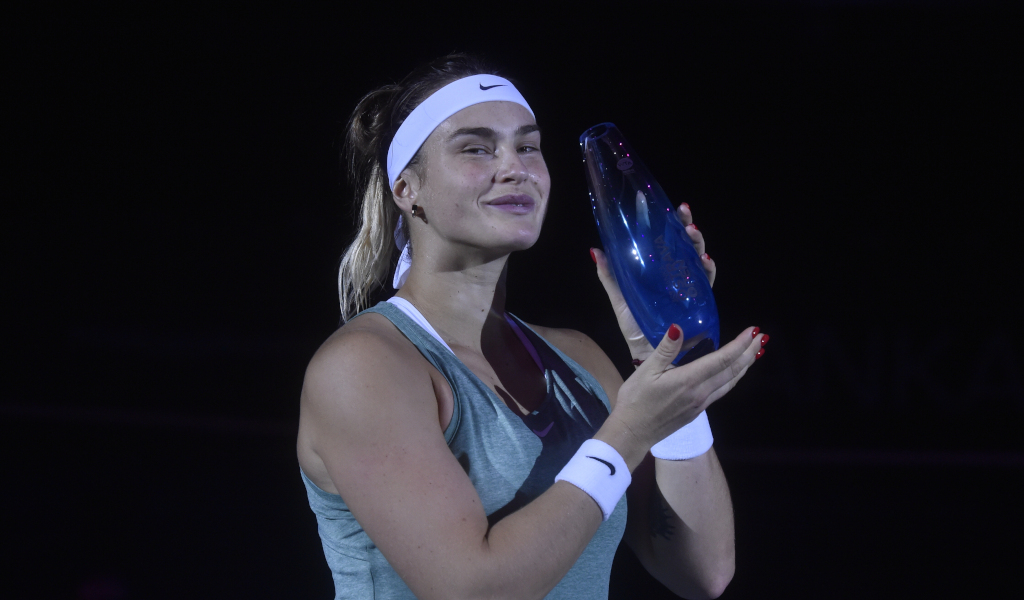 Aryna Sabalenka enjoyed a rollercoaster week at the Ostrava Open that ultimately ended up with her comfortably beating Victoria Azarenka in the final to lift her seventh WTA Tour singles title.

The third seed won the WTA Tour’s first-ever all-Belarusian final 6-2, 6-2 as she secured her second title of the 2020 season.

However, she twice stared down the barrel as she found herself 2-5 down in the decider of her second-round clash against Coco Gauff while against Sara Sorribes Tormo she was 0-6, 0-4 in the quarter-final before mounting a comeback.

The final was more straightforward as she broke twice in the opening set and three times in the second set although Azarenka, who required a medical timeout in the second set, got one break back.

“I’m so excited I was able to handle a high level from her from the very first point,” Sabalenka said. “I was able to stay with her and it didn’t affect me, so I’m really happy to get this win. It’s so important for me.”

She added: “After some of the tough matches I had, I felt less pressure going into the others. I was able to play more freely, and I knew I could come back no matter what. Matches like the ones I played this week helped me be more consistent and focused.”