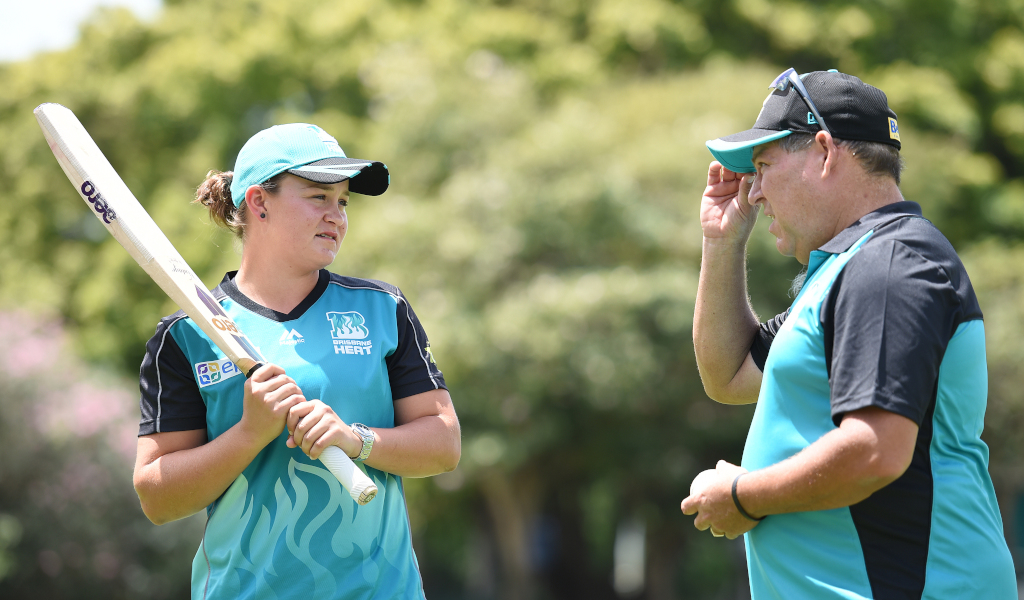 Ashleigh Barty has retired from professional tennis at the age of just 25 years old. She is the current world No 1 – and reigning Australian Open and Wimbledon champion.

Barty became a professional in 2010 and has multiple Australian Open winner Evonne Goolagong Cawley as a mentor and friend. They are the only aboriginal Australian women with Australian Open singles titles.

Barty’s first tennis coach was Jim Joyce, who told the Sydney Morning Herald: “Her focus and concentration was just incredible. I’ve probably seen kids with better racquet skills than Ash. They just didn’t have the head space Ash does.”

Barty played for the Brisbane Heat in the Women’s Big Bash League during a break from professional tennis. Her top score was 39 against the Melbourne Stars. The WBBL is the leading domestic T20 cricket competition for women in Australia.

Barty was with the Australian team at the Fed Cup in 2019. They lost the final to France after overcoming Belarus in the semi-finals and the United States of America in the quarter-finals.

Barty also partook in the Hopman Cup in 2019. Her partner in the mixed doubles showcase was Matt Ebden. Australia played against Germany, France and Spain. Switzerland were the eventual tournament winners.

Barty never won the US Open. Her best results at the tournament were fourth-round exits in 2018 and 2019. The latter defeat was to Wang Qiang of China in straight sets.

American CoCo Vandeweghe was Barty’s partner when they won the US Open women’s doubles title in 2018. They took over from Latisha Chan and Martina Hingis as reigning champions.

The 2021 Wimbledon women’s singles title went to Barty. Karolina Pliskova finished runner-up. “I think for Australians, there is such a rich history here at Wimbledon. “I feel like Wimbledon is where tennis was born,” said Barty.

Barty played for Australia at the Tokyo Games. She suffered a first round exit to Spain’s Sara Sorribes Tormo in the first round of the women’s singles event. John Peers was Barty’s mixed doubles partner in Tokyo.

A mural of Barty was painted at Melbourne Park for the 2022 Australian Open. She was a fan favourite and went on to win the women’s singles title. There had not been an Australian woman title winner at the Australian Open since 1976.

Barty outplayed Danielle Collins of the United States of America in straight sets to win the 2022 Australian Open. This was her third Grand Slam women’s singles title in three years.

Barty ended her professional tennis career in March 2022 at the age of 25 years old. She won three Grand Slam women’s singles titles – French Open, Wimbledon and Australian Open – from 2019 to 2022.