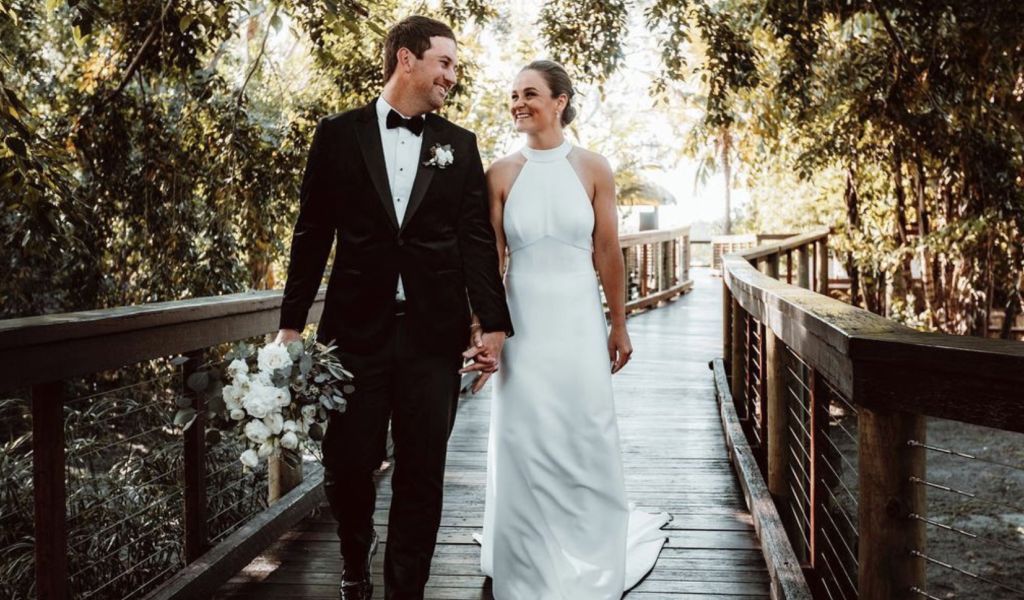 Former world No 1 Ashleigh Barty has toasted one of the best days of her life after she tied the knot with boyfriend Garry Kissick in a very private ceremony at a secret venue in Queensland.

The couple have been together since 2016, when they met at the golf club where Kissick works and they have a shared passion for a variety of sports.

Kissick took Barty to watch his beloved Liverpool in action at Anfield last year and while she has always been keen to keep her private life out of the spotlight, the former Wimbledon champions spoke about her relationship with Kissick in a recent interview with Vogue.

“He’s extremely patient with me, and when we met he didn’t know a lot about tennis,” said Barty.

“He’s kind of been thrown in the very deep end in understanding what the tour is like and how much we’re apart, but he’s the best person to have around in the sense of switching off from tennis and being able to bring the fun and laughter.

“I certainly wouldn’t want to share this journey with anyone else.”

Former British No 1 Annabel Croft spoke to Tennis365 about Barty’s retirement, as she suggested the exit of the likable Aussie was a huge blow for the sport.

“She showed everyone how to end a career on a real high after winning the Australian Open and retiring right away, but it wasn’t great for women’s tennis,” Croft told us at a Game4Padel event.

“It was a great story. She took time to reach the top, had some time playing cricket and now she wants to do something else.

“Clearly she has other interests in life, but it was a real blow for our sport when she retired as she brought so much to the game.

“There was so much to admire in her game and so much for the younger generation to learn from her, so so it is a shame she won’t be around.

“She wants to do other things in life. Maybe become a Mum, experience new things, so we can only wish her the best.”