Ashleigh Barty: Could the former World No 1 take up a third sport? 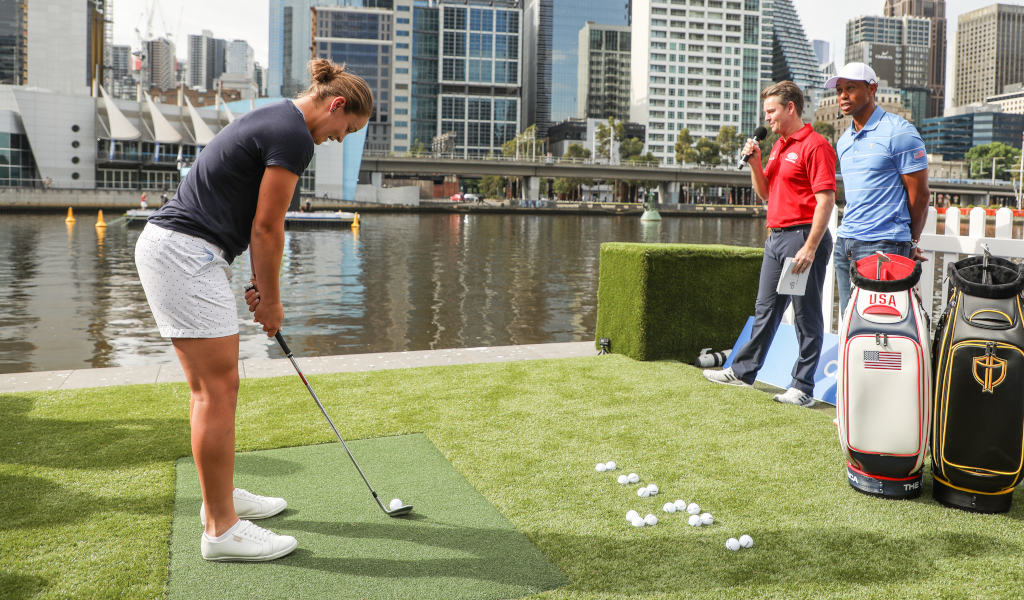 Ashleigh Barty could be set to pursue a third professional sporting career in the wake of her retirement from tennis, according to Rennae Stubbs.

Stubbs, a long-time friend of Barty and WTA tour professional, says that we shouldn’t be surprised to see her strutting down the fairway at an LPGA event in the near future.

Described as a freak athlete by her cricket coaches, who were shocked at how quickly Barty took to the game, Barty has great athletic ability coupled with obsessive training habits and there probably isn’t a stick an ball game she can’t play.

Barty is also a huge fan of Australian rules football, and Stubbs insists she could walk into any AFLW team.

Stubbs feels that Barty is in the same sort of space as she was when she quit tennis to play cricket.

“Don’t be surprised if we see her walk down the fairway of an LPGA event,” Stubbs told Channel 7’s Sunrise.

“We know she can play cricket, we know that she’s basically a scratch golfer … she can kick a footy and can probably walk on for an AFLW team.

“I think she’s got a few things up her sleeve that she wants to achieve.

“And she’s young enough and smart enough [to make the change].”

A huge fan of the Richmond Tigers franchise, Barty would be welcome to try out for the team according to coach Damien Hardwick.

“It would be good for actually to see her play because she’s just, whatever she turns her hand to, she does very well at, so I assume, from my point of view, she’d be an absolute star at playing AFL,” Hardwick said.

“I’d love to see her in Tiger colours, and I’m sure the Richmond faithful would as well.”

It goes without saying that while tennis can take its toll on your body, football (Aussie Rules) is a contact sport and not everybody is on board with Barty making the switch.

Tigers star Trent Cotchin doesn’t think Barty should line up in the AFLW. He simply said ‘no’ when asked if Barty should play football.

Cotchin is another friend of Barty’s who isn’t surprised that she has packed it in.

“I was not necessarily surprised, although you don’t necessarily believe it to be true until it happens,’ Cotchin said.

“I’m incredibly proud of Ash, obviously of her achievements and getting the absolute best out of herself but more importantly her growth and willingness to live true to her values.’