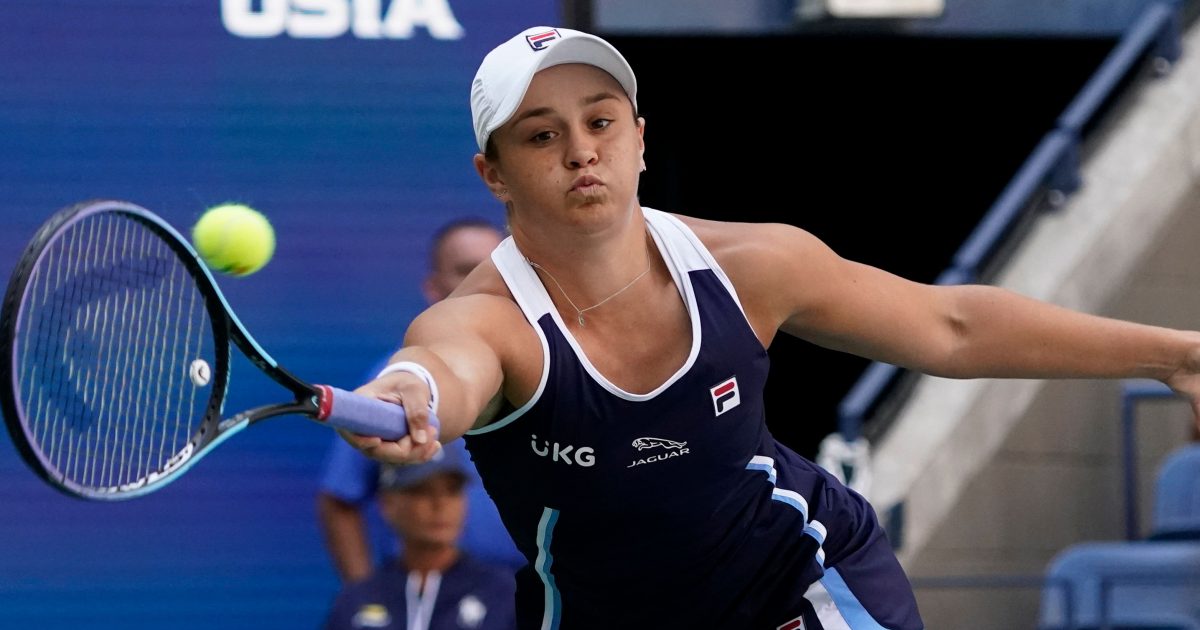 Gadecki was a big favourite to be awarded a wildcard in the main draw of the Australian Open but due to the tournament’s strict vaccination rules she won’t be allowed to play at the competition.

It was confirmed by Craig Tiley, Tennis Australia chief, in November that every player will have to be vaccinated against the virus, which has also thrown Novak Djokovic’s participation in doubt as he hasn’t confirmed whether he has been jabbed.

Barty mentors 19-year-old Gadecki who started out the year unranked but finished the season in the top 250, and she has defended the teenage sensation’s vaccination stance.

“I’ve spoken to her a little bit, but she’s an adult and she has her own career and she makes her own decisions,” the Wimbledon champion explained to News.com.au.

“That’s something I’ve said to her a lot of the time – for me, I’ve grown up and made my own decisions that I’m accountable for and she’s done the exact same thing.

“So I’m not in a position where I’m going to try and sway her or do anything, in a sense, to change her mind – I’m here as a friend, to support her and love her and whenever I see Liv, I try and catch up with her and we chat through everything, not just tennis.”

Although Barty herself has been very cautious throughout the pandemic, opting to stay in Australia even when the WTA Tour resumed after it took a break for six months due to the Covid restrictions around the world and chose to be vaccinated, the 25-year-old has said she’s proud of Gadecki as she’s prioritised her decision over the money she could have made from the season opening Grand Slam.

The French Open winner said: “Life is not all about money, in fact, that’s very low down on anyone’s priority list – so I think for Liv it’s time for her to reconnect with her family and the ones that she loves the most.

“It’s the decision that she’s made, I continue to chat to her and my opinion of her changes not at all.

Barty has been criticised for defending Gadecki, with people claiming she has gone “overboard” by sticking up for the 19-year-old while comments on Twitter suggest this is a “PR blunder” for the world No 1.

WTA #1 Ash Barty mentors Olivia Gadecki, a fellow Queenslander, so it’s unsurprising she’s supportive while Gadecki gets criticized for derailing her career by not getting vaccinated.