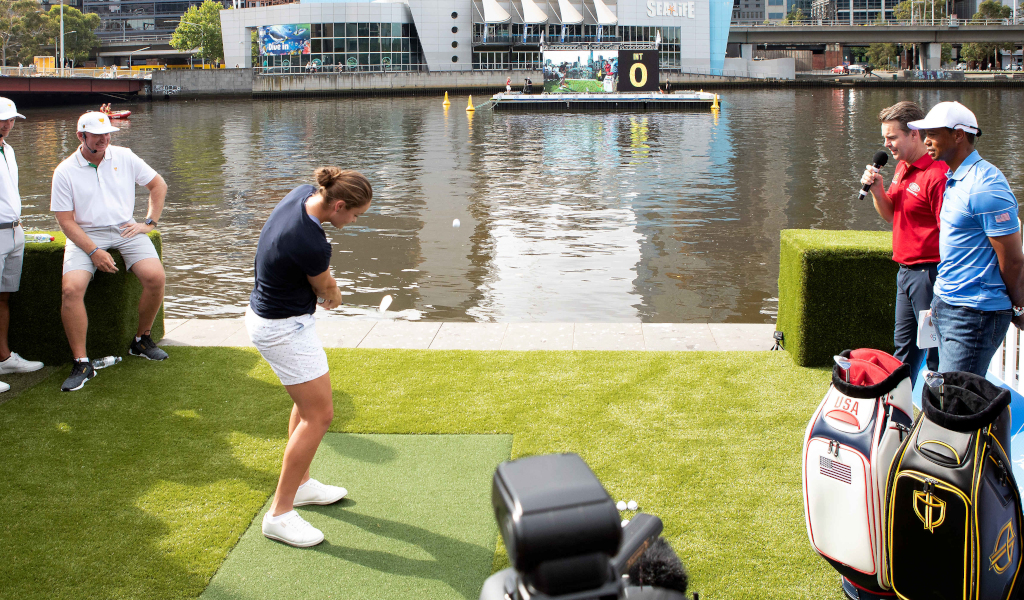 Ashleigh Barty is clearly enjoying retirement as when she is not writing a “fun and relatable” children’s book series, she is hitting the target during charity golf events.

Three-time Grand Slam winner Barty stunned the tennis world at the end of February when she announced she is hanging up her racket as she has achieved all her goals in the sport.

Since then she has won a ladies golf tournament in her native Queensland, which earned her £17 in prize money, while she has also launched a “special” project, a series of children’s books called “Little Ash”.

The 26-year-old was back on the golf course over the weekend as she took part in Australian surfing great Mick Fanning’s charity golf event at the Coolangatta Tweed Heads golf club.

Trick shots are part of charity events and Barty nailed a wedge shot into a fishing boat that was on the nearby river.

It resulted in unbridled celebrations as she was lifted in the air by The Mad Hueys team and then ended up doing a “shoey”.

The “shoey” is the act of drinking beer out of a shoe to celebrate a sporting achievement and The Mad Hueys team are believed to have invented the crazy act, which of course has been copied by Australian F1 star Danielle Ricciardo.

Barty also donated her 2022 Australian Open final racket to help raise funds for the Fanning golf day fund raiser and it was auctioned for $24,037 (about £13,700).