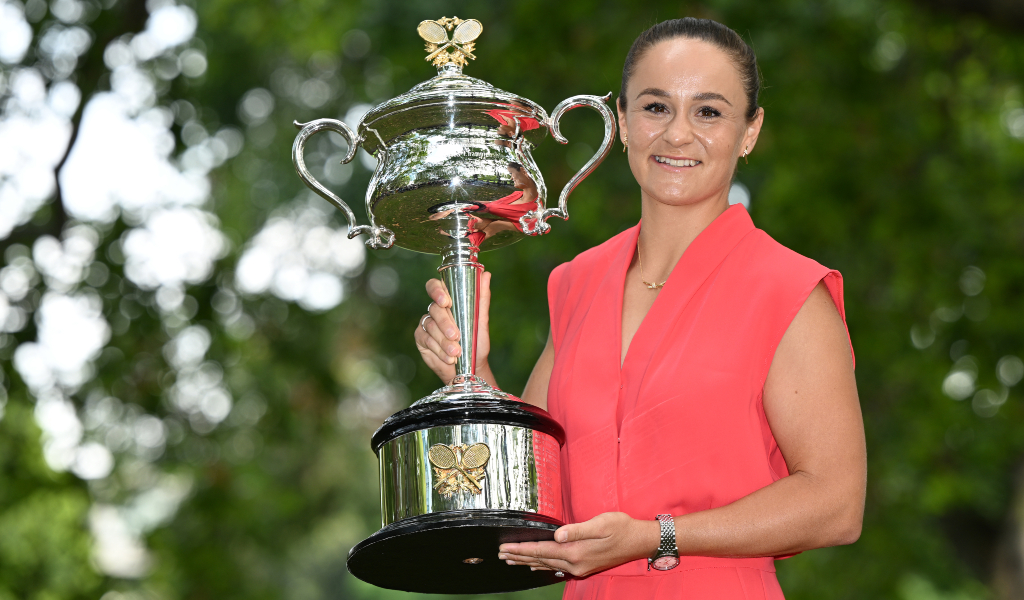 The retired Ashleigh Barty and Wimbledon runner-up Nick Kyrgios are on a list of seven players who have been nominated for Australia’s Newcombe Medal.

Former world No 1 Barty is looking to win the award for a fifth consecutive year and this year’s nomination comes on the back of her glorious campaign on home soil at the start of the 2022 season.

She started the year in dominant fashion as she won the Adelaide International singles and doubles before going on to become a three-time Grand Slam winner after becoming the first Australian woman to win the Australian Open in 44 years.

Barty then stunned the sporting world when she announced her retirement from tennis in March while still ranked No 1 in the world.

“Winning the Australian Open in January is something I’m very proud of and ended up being an incredible way to finish my tennis career.

“Being able to win in front of my family, friends and the Aussie fans is something I will never forget. I’m so grateful for the support I have received throughout my career and hope I can now contribute to the Australian tennis community in other ways.”

Kyrgios has also had an exceptional year as he won the Australian Open men’s doubles title alongside Thanaski Kokkinakis while he also reached his maiden Grand Slam final, finishing runner-up to Novak Djokovic at Wimbledon, and won the Citi Open singles and doubles titles.

The 27-year-old started the year just inside the top 100 and finished as the Australian No 1 as he is currently No 22 in the ATP Rankings.

“Wimbledon was a highlight this year. There were some really memorable matches,” Kyrgios said.

“I think I learned a lot about myself and really developed as a person. I was playing great tennis but even more than that, I made huge strides mentally.”

Alex de Minaur is also in the running after helping Australia to finish runner-up at the Davis Cup while Matt Ebden, Storm Hunter (nee Sanders), Max Purcell and Ajla Tomljanovic are the others vying for the award.

The 23-year-old De Minaur also won the Atlanta Open and reached the fourth round of the Australian Open and Wimbledon.

“If I had to choose one moment, I think it would probably have to be either winning my sixth title in Atlanta or making the final at Davis Cup at the end of the year and getting very close to lifting a Davis Cup title,” he said.

“It’s been such an amazing year for Australian tennis and I’m just happy to be a small part of it. Ultimately, it’s great to see such a proud and rich in history nation playing some great tennis and pushing the limits on the world tour.”

READ MORE: Ashleigh Barty insists ‘I’m done’ with tennis – and don’t expect to see her in the commentary booth