Ashleigh Barty opens up about losing her spark and body image struggles in book: ‘I couldn’t celebrate being unique’ 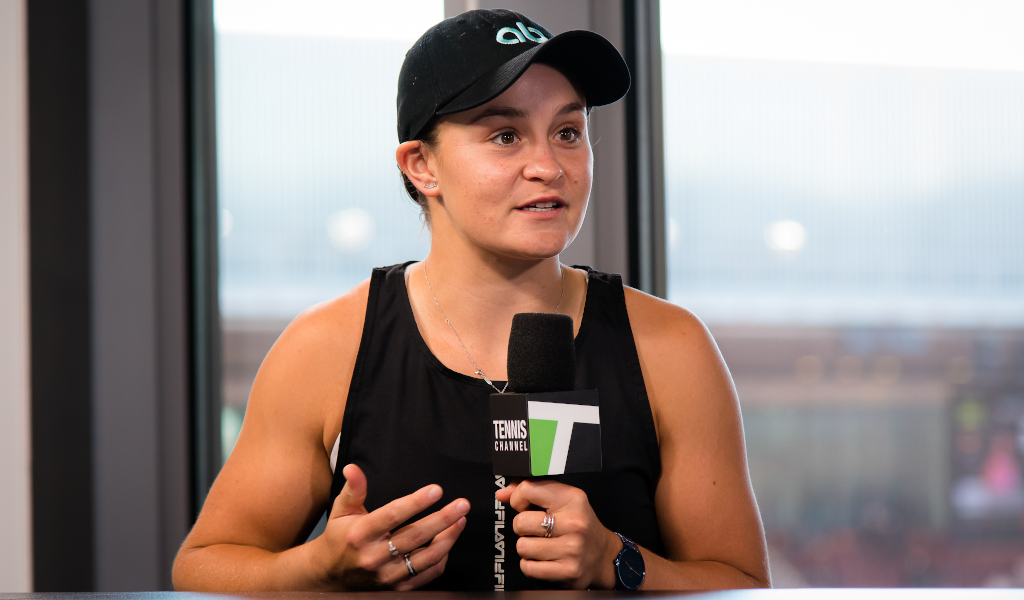 Ashleigh Barty is “loving life at the moment”, but in her new book the former world No 1 admitted that the “fire died inside” after she won Wimbledon while she also revealed her struggles with body image led to “discomfort, unease and terror”.

Merely weeks after winning her third Grand Slam, the Australian Open, in front of her home crowd in Melbourne in January this year, Barty announced that she was hanging up her racket.

Her decision stunned the sporting world as she was only 25 at the time and was top of the WTA Rankings, but she admitted in interviews after that she stepped away from tennis after realising all her dreams.

In her new book “My Dream Time: A Memoir of Tennis & Teamwork”, which is set to be released in early November, Barty says she lost her sparkle.

“I don’t know what I’m playing for anymore. I think I’m done,” she wrote. “I have got nothing left, no spark.”

In an interview with News Corp ahead of the release, she added: “Winning Wimbledon was the single thing I wanted my whole career. But after that feat, in June 2021, the fire died inside.”

Barty dominated tennis for the last few years as she spent 86 consecutive weeks at the top of the WTA Rankings, winning seven of her 15 titles during that time.

Having turned professional in 2010, big things were expected from Barty from the word go, but only four years later she decided to take a break from tennis as she didn’t enjoy the experience.

She took up cricket and played for the Brisbane Heat in the Women’s Big Bash League before returning to tennis in 2016 and soon she climbed up the rankings again.

But being a prodigious talent didn’t mean she didn’t struggle with the “very common issue” of body image.

“I went through that like a lot of people do and a big part of my passion now is to encourage girls and boys to be comfortable in themselves,” she wrote.

“It helped me realise that imperfections are part of all of us and they are OK. By sharing some of my insecurities hopefully it can help them realise a lot of people go through it. This is a very common issue.

“I had enough issues just being a girl in the world.”

She added: “I’m not built like other girls – I’m built like an athlete. I hated the way the training showed.

“I couldn’t celebrate being unique because I was too worried about being seen to be different – not just by the public but by those around me. When I was 15 and won that wildcard entry into the Australian Open, I remember talking to people about the thrill of it all, but I never mentioned the terror.

“I didn’t tell anyone what I felt like sharing a locker room with women who had trained their entire lives to be lean and long and strong – athletically gifted and aesthetically beautiful goddesses from South America and Eastern Europe.

“I didn’t tell anyone about how they would walk around without a towel on and I wouldn’t know where to look, only that I didn’t want anyone seeing me so exposed. I got changed in a shower cubicle each day.

“By the time 2014 rolled around and I was 17 years old, none of that discomfort or unease or modesty or confusion had been shaken. I was still a girl, still trying to figure out what I wanted, still unwilling to jump in with both feet.”

But her “unique body” helped her to become the best tennis player in the world.

“I ended up changing my thinking and in the last three years of my career I trained in a way that made my body a weapon,” she continued.

“When I played my best I knew girls could not get the ball past me.

“I may not look like everyone else but it was really invigorating to know I had trained my body to do exactly what it needs to do.”

Several months after her retirement, Barty is enjoying life away from the spotlight.

“The last six or seven months of my life have been everything I have ever wanted,” she told News Corp.

“I’m loving the way my life is at the moment. I won’t even be estranged from the tennis world… but I just won’t be out there for me.”

READ MORE: Ashleigh Barty gets married as Annabel Croft admits her retirement was a blow