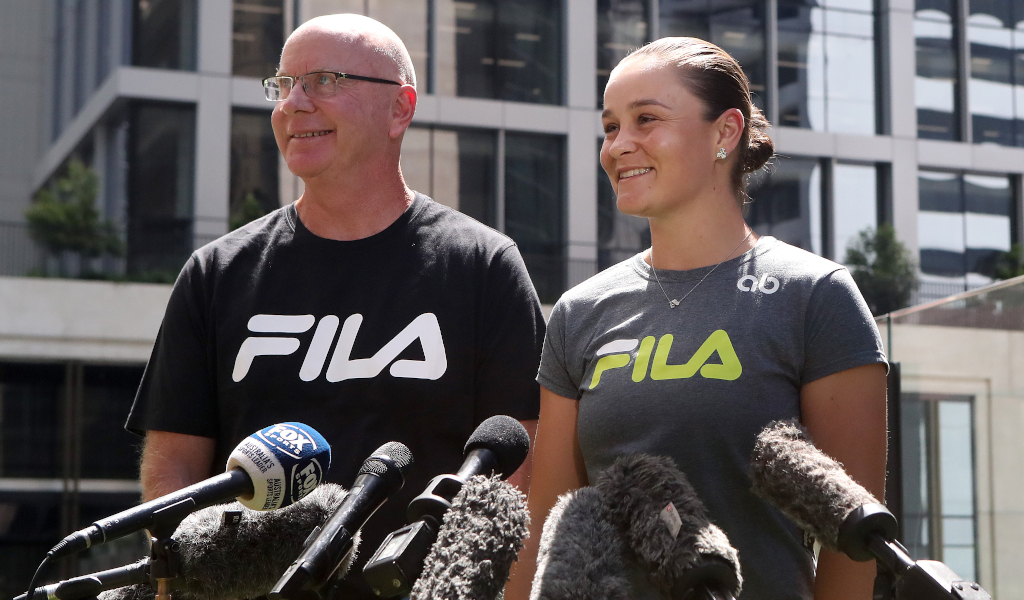 The three time Grans Slam champion is a fan of the AFL team Richmond and she even presented them with the premiership cup back in 2020.

Barty was there to watch her ‘Tigers’ team on Sunday and it was here that Hosking said she jokingly tried to sign the 26-year-old.

In an Instagram post, Hosking said “Putting pen to paper” to caption a picture of her alongside the former WTA world No 1.

However, its looking more likely that Barty will turn her attention to golf instead as she’s already won one of her local tournaments this year and won a grand total of £17 as a result, and she’s signed up to play in the ICONS series in June which features the likes of Manchester City manager Pep Guardiola and Olympic champion Michael Phelps.

“It’s such a unique opportunity to have fun, test yourself and compete,” the French Open champion told the Sydney Morning Herald.

“I hope through my participation in the series that we can encourage more women and girls to participate in golf around the world.”

Even though Barty’s decision to retire from tennis shocked many, she hasn’t had any regrets about hanging up her racket since.

“I am just so happy, I didn’t need any reassurance but I have still felt that reassurance that I made the right decision,” Barty explained.

“I have spent so much time with my beautiful family and my nieces and nephew and you could not wipe the smile off my face the last few weeks.

On top of her new golf career, Barty also plans to release a series of children’s books after some help and input from her niece Lucy.