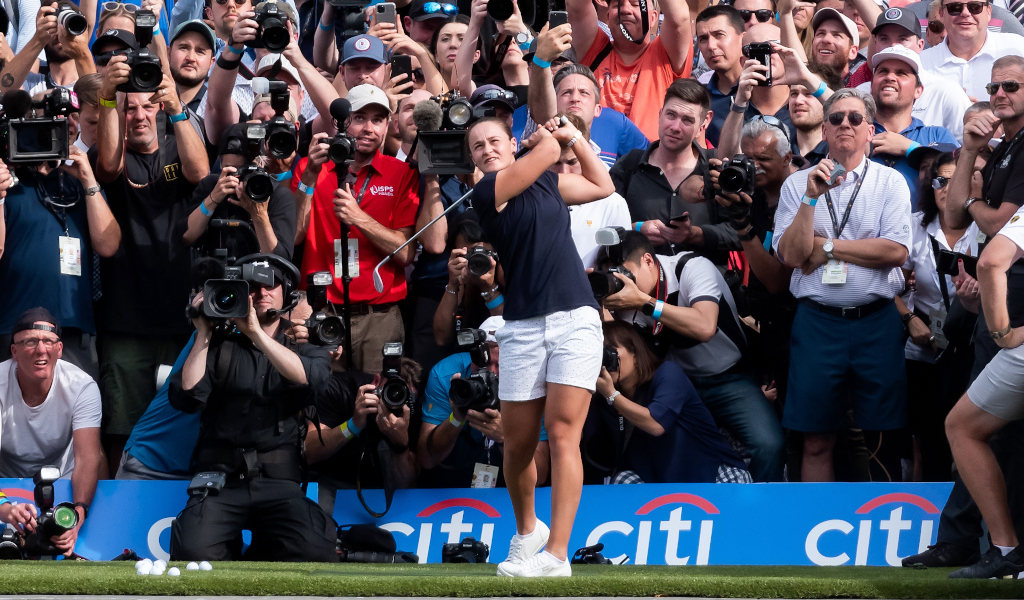 Barely a fortnight after retiring from tennis, Ashleigh Barty returned to winning ways – albeit away from the tennis court – as the former world No 1 won the Brookwater Golf and Country Club ladies event on Saturday.

Reigning Australian Open and Wimbledon champion Barty announced she is bowing out from tennis with immediate effect in March as she admitted that “I know that the time is right now for me to step away and chase other dreams”.

It soon lead to speculation that she could take up professional golf with even Simona Halep joking that her aim is to win a golf major or even return to cricket following her stint with the Brisbane Heat in the inaugural Women’s Big Bash League in 2015.

The Australian, though, did cool talk about competing competitively in other sports.

However, she did take part in the Brookwater Golf and Country Club ladies tournament over the weekend and walked away with the first prize after shooting a round of 34.

A$30 (roughly £17), which is a far cry from A$2.8m (about £1.65m) that she received after winning this year’s Australian Open, but then again when your net worth is estimated to be between A$40 million and A$50million (roughly between £25m and £30m) then you are simply playing for the fun.

It is the second time that Barty has won the tournament as she was also crowned champion in 2020.